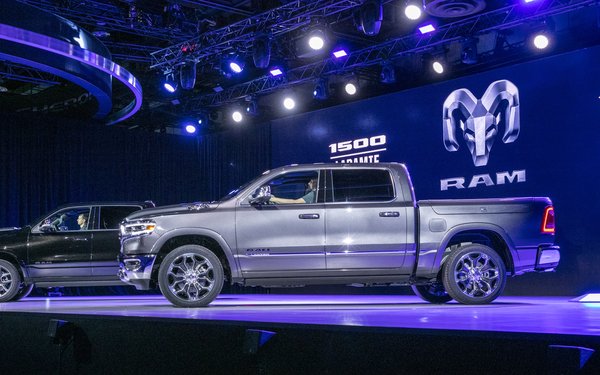 Three heavy hitters all are introducing new pickup trucks at the Detroit auto show: Ford, Chevrolet and Ram, but how likely are loyal buyers willing to shift brand allegiances?

Ford, which is reviving the midsize Ranger and aiming it at younger buyers, also announced earlier this month it is adding a new diesel engine to its F-150 lineup. The Ranger, which hasn’t been offered in the U.S. since 2011, won’t be available until early 2019.

Ram introduced an all-new Ram 1500, including a diesel engine option, and also reduced its weight by 225 pounds. The new face of Ram includes a chiseled Ram’s head logo and “RAM” grilles.

Chevrolet rolled out an all-new Silverado, which also is lighter than its predecessor, thanks to more aluminum but still not in the truck bed (its durability was a source of Chevy vs. Ford advertising last year.)

CarGurus asked 450 respondents which other pickup makes they would consider buying for their next pickup purchase, and 24% said they wouldn’t consider purchasing another brand.

CarGurus asked pickup truck owners to imagine that the price of their preferred pickup truck increased significantly versus its selling price today and how much of an increase would cause them to consider switching brands.