With new, more stringent consumer privacy regulations poised to take effect in Europe soon, a leading digital advertising exchange has become the first to announce it will be fully compliant, offering advertisers, agencies and trading desks inventory that measures up to the new standard.

OpenX this morning said that effective January 18, 100% of the inventory listed on its exchange will be compliant with the European Union’s General Data Protection Regulation (GDPR), months ahead of when the new rules take effect in May.

The move is significant for a U.S. based digital advertising platform because OpenX has taken the position that even U.S. based companies -- publishers, advertisers, agencies, etc. -- that directly or indirectly violate the new rules are exposed to big fines, as much as $24.49 million or 4% of a violator’s worldwide revenues.

OpenX hasn’t gone so far as to guarantee it will indemnify publishers and advertisers who trade inventory via its platform, but it says it is offering a “GDPR-ready data processing agreement” it says will effectively make traders fully compliant.

“GDPR  is the single most significant regulation in the history of digital advertising,” OpenX Chief Administrative Officer and General Counsel Doug McPherson asserts in a statement released as part of its announcement, adding, “It replaces a patchwork of EU national rules with a single regulatory framework with global reach and strict penalties for those who fail to comply.” 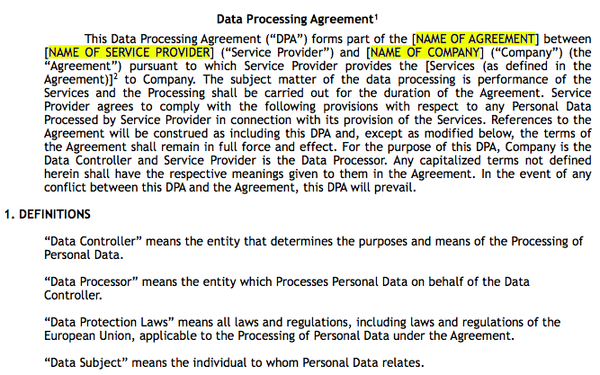