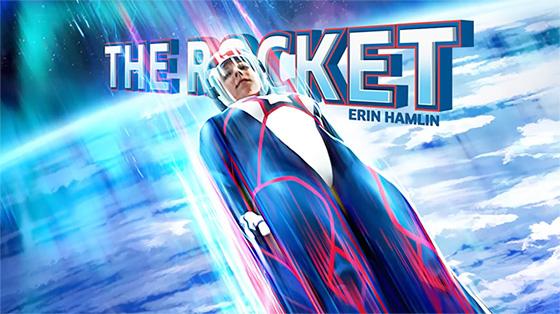 United Airlines (UA) is the official airline for Olympics team, Team USA, and has once again teamed up with agency partner mcgarrybowen to develop an integrated advertising campaign tied to the upcoming winter games that features a selection of Olympic athletes and United employees.

The creative features six U.S. Olympians and their moves on the slopes and ice by comparing them with the everyday, "but equally heroic," actions of six United employees selected to represent the almost 90,000 United team members.

As with the Super Bowl, advertisers invest heavily in the Olympics. For United Airlines, the Pyeongchang, South Korea, Games serve as the 38th year for the partnership between the airline and the United States Olympic Committee (USOC).

While United declines to disclose its budget, the airline has tapped high-profile Hollywood director Martin Campbell and feature film music composer Brian Tyler for the new spots. Campbell is best known for directing Green Lantern and James Bond movies "GoldenEye" and "Casino Royale," and Tyler is a composer, conductor and arranger with notable credits including scores for films including "The Avengers," "Iron Man," and "The Fast and Furious" franchise.

The campaign will appear on television, online, in print and outdoor, in airports and onboard United aircraft throughout The Games and can also be viewed at united.com/teamunited.

United is one brand that continues to support the USOC after many long-time official sponsors, including Budweiser, Citi, McDonald’s, Hilton, TD Ameritrade and AT&T decided against renewing their contracts after the Rio Games. Their business reasons differ and likely include the fact that time zone delays between the U.S. and Asia have made TV time slots not that attractive.

Another factor, says Fara Sunderji, partner at the international law firm Dorsey & Whitney, may be due to the recent revisions to what is known as “Rule 40" that allows brands to leverage social media without having to pay the oftentimes extensive fees associated with official sponsorship.

However, for those non-official brand sponsors, the USOC doesn't make it easy for them or their athletes to support the games, she says. For instance, unauthorized brands can’t use #TeamUSA, #Olympics #GoForTheGold #PYEONGCHANG2018 or any other USOC-branded hashtags.

While athletes themselves can share still photos and their experiences in words — say in 280 characters on Twitter — they cannot share videos in the “Field of Play,” so "don’t except any cute Instagram Stories from Vincent Zhou or Mikaela Shiffrin on the sidelines," says Sunderji.

Athletes are also prohibited from making any postings for the purposes of demonstration or any form of political, religious or racial propaganda, such as #MeToo.

“But people all over the web are posting about #Rio2016 and #TeamUSA.” Sunderji said. “Remember that individuals who post on their own personal social media pages have much more latitude than advertisers when it comes to use of trademarks and copyrighted material.”