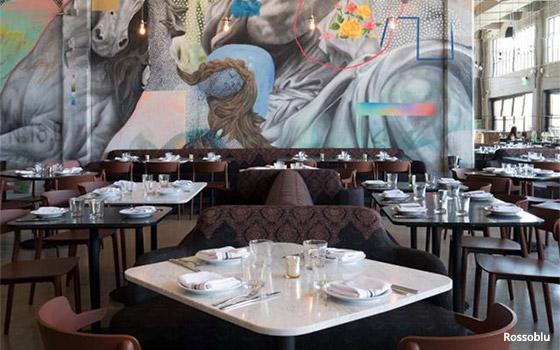 The Hollywood Reporter will relaunch its video series “THR Eats” as “Where Hollywood Eats,” in partnership with ReachMe TV.

ReachMe TV partners with hotels, retail stores and airports to distribute entertaining content on public screens in high-traffic areas. Its videos reach up to 1.6 billion viewers annually, and THR believes this partnership “will vastly expand the series’ impact.” The ReachMe TV channel is in 85 airports in the United States and Canada, as well as over 800,000 hotel rooms across the U.S.

The Hollywood Reporter calls the partnership with ReachMe TV “the latest milestone in an aggressive move into video” for the publisher.

And last August, The Hollywood Reporter and Billboard partnered with location-based digital video network Captivate to run content across its 12,000 elevator and lobby displays in office buildings across North America to reach business professionals.

“Where Hollywood Eats” will premiere in March with 10 new episodes. The show will “explore the buzziest culinary hot-spots” in New York, New Orleans, Atlanta and Los Angeles.

Chef Fuyuhiko Ito’s Umi and Chef Ford Fry’s Marcel in Atlanta and Chef Steve Samson’s Rossoblu in Los Angeles, are a few of the restaurants that will feature in the series.