Publicis' Tobaccowala: Advertising Will Decline 30% In Next 5 Years 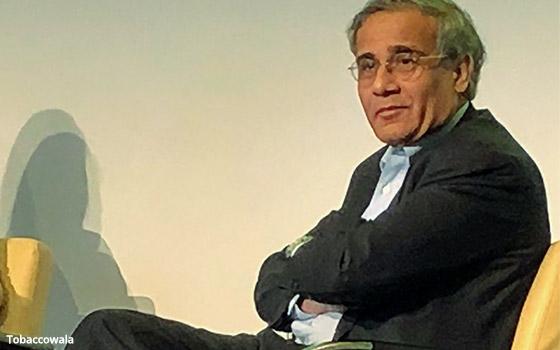 At a time when it seems there are more opportunities to advertise than ever before, one of Madison Avenue’s most visionary futurists predicts the ability of advertising to actually reach consumers will decline “20% to 30%” over the next five years.

That’s an ironic prediction for an ad executive whose title is chief growth officer, but Tobaccowala predicted it’s inevitable that the ability to reach people with ads will drop precipitously over the next several years because of a variety of factors, but especially because it’s simply not a good experience for most people.

“We are so disrespecting people’s time that they are spending more and more time in advertising-free environments,” he asserted, citing the rapid adoption of ad-free content platforms such as Netflix as proof.

“We don’t value their time,” Tobaccowala said, estimating that the value the ad industry places on consumer time is “less than minimum wage.”

As a result, he said the decline in consumer exposure to advertising could decline “30% or more” in the next five years.

“You’re asking me to give you my time for less than minimum wages, which is not worth my time,” he explained as the basis of his prediction.

As a result, Tobaccowala said he doesn’t believe Netflix will adopt an “advertising model,” because it is antithetical to the reason consumers are adopting it in the first place.

During the interview with the Wall Street Journal’s Suzanne Vranica, Tobaccowala also took a swipe at the big digital platforms -- Google and Facebook, as well as Amazon -- for devaluing the role of marketers and he predicted that smart marketers would increasingly begin marketing “direct” to consumers as a way of regaining control over their relationship.

By data, Tobaccowala was referring to the behavioral and transactional data that is generated via digital commerce, which currently is being accrued mostly to the big digital platforms that have so far insinuated themselves as middlemen in that process.

But Tobaccowala noted that “major CPG companies” already have “goals of having 25% of their sales direct” in the next few years.

“Once you have that, you begin to have some very interesting leverage,” Tobaccowala predicted, concluding, “The single most important thing that someone has is the relationship they have with their customer or the consumer.”

advertising, agency
5 comments about "Publicis' Tobaccowala: Advertising Will Decline 30% In Next 5 Years".
Check to receive email when comments are posted.
Read more comments >
Next story loading