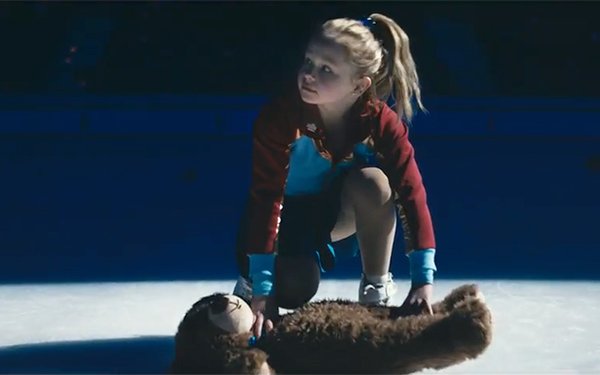 SunTrust is introducing its first campaign by its lead creative agency, StrawberryFrog, that is tied to the Winter Olympics as part of the bank's new push to encourage parents to plan and save for their children.

The SunTrust creative features 11-year-old figure skater Elise Freezer dancing alongside a stuffed bear to the “Flashdance” song, “What A Feeling,” to illustrate how parents can help their children achieve their dreams.

Music has been a strong element of the SunTrust advertising over the last couple of years. In a previous spot, the brand used the Bon Jovi track “It’s my life.” Likewise, this Olympics spot has a strong message about saving for your dreams with a powerful music track.

“Figure skating is where the best stories happen at the Olympic Games that capture our hearts," says Scott Goodson, chief executive officer, StrawberryFrog. "SunTrust felt this was the perfect place to deliver our story.”

The TV spot will air nationally on NBC-owned broadcast and digital channels during Winter Olympics programming Feb. 9 - 25 and on Hulu and local TV programing in select markets March 12 to April 15.

Additional campaign elements direct consumers to onUp.com, home of the onUp movement, the online platform providing resources such as savings calculators and budgeting tools as well as inspirational articles, such as “Paying for Your Kids’ Sporting Passions,” and The onUp Challenge, a free, gamified experience that helps players make real progress toward financial goals.