Your Money-Losing Film Is Opening Soon - On Netflix 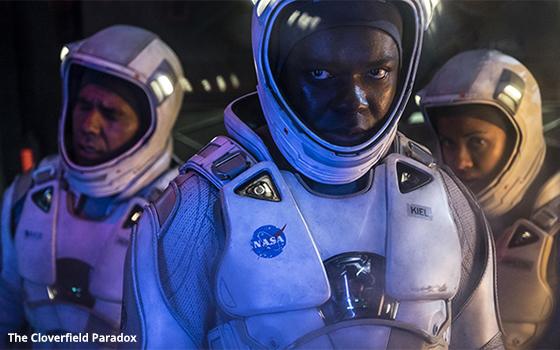 With just a couple of weeks to go before starting a big TV and marketing campaign for its movie “The Cloverfield Paradox,” Paramount Pictures made a big decision — not to distribute it theatrically.

The news broke with a surprise Super Bowl commercial, which had many scratching their heads, since the spot came from Netflix. It bought the rights to the movie to run on its digital TV platform immediately following the game.

The movie was scheduled to open in late April after a number of delays, a sure sign that it was already in trouble.

Netflix reportedly paid $50 million for the movie, according to The Hollywood Reporter. We don’t the know production costs of this “Cloverfield.” But according to the report, the deal with Netflix has made the movie instantly profitable.

Movies always run a high risk of loss. And since initial reviewers gave “Paradox” a heavy thumbs down, this was a strong possibility. The Rotten Tomatoes website said the movie was earning a poor score of 18 recently.

Film critics are only one research measure. Other traditional ones include awareness, definite interest and first choice. But even with these measures, entertainment predictions can be fickle.

The options? Spend more on TV and advertising, and hope for the best.

But now, with Netflix, there is a new kind of opportunity for studios — digital TV platforms and other venues aggressively pursuing premium content. Plus, they can offer instant at-home TV screen gratification — thus capitalizing on marketing spin.

Studios looking to go this route in the future may prefer it for releases with modest production costs.

Still, executives might also wonder: Could it have been a “Guardians of the Galaxy” — a movie that was supposed to be a flop, but instead became an out-of-nowhere blockbuster? That's the kind of paradox studios can live with.