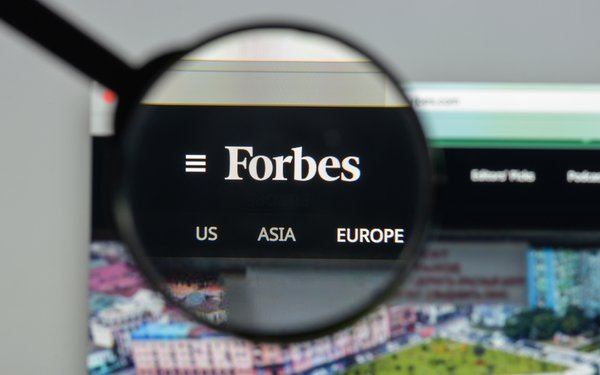 Forbes is making changes to its contributor network and how contributors are paid.

Randall Lane, who was promoted to become Forbes' Chief Content Officer in December, explained in a blog post that one of his goals is to “provide a unified reporting structure for every editorial platform.”

“In bringing in hundreds of expert voices, both paid and unpaid, to the Forbes audience, we were able to create a viable model in a field with too few of them, that greatly increased how much and what we could cover, while also allowing us to expand our full-time newsroom. As a result, we were able to not only survive, but thrive, during a digitally disruptive time,” he wrote.

But its been seven years since the launch of Forbes’ contributor network, Lane added, and it is time to shake things up.

Each of Forbes’ 1,500 contributors will now have a paid contract, starting with a minimum of $250 a month. About 60% of Forbes’ contributors were unpaid before this new model, Lane told The Wall Street Journal.

The company compensates paid contributors for the number of repeat visitors each post attracts. A larger, monthly $500 guarantee will now be given to those who post more regularly, Lane wrote.

“We’ll grandfather in any contributor this year who was working under an old standard contract and prefers to keep it,” he added.

Forbes will review its roster of contributors “regularly” and “cut the bottom 10% annually, so that we’re continuously improving the quality and engagement with our readers," Lane wrote.

Forbes is also building a suite of perks for top contributors, such as “more prominent visibility for their posts” or a partnership with agent David Granger to help get posts made into a book or movie deal.

Lane said contributors help free up Forbes’ newsroom to focus on “deep-dive journalism,” as well as “expand in areas where we’re underrepresented, from real estate to sports business to venture capital.”

HuffPost did away with its unpaid contributor network last month to make room for Opinion and Personal sections with regular columnists and essays picked by editors.