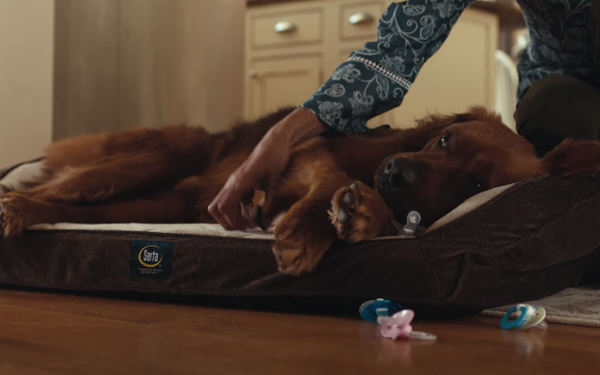 Walmart is holding on to its gains in the U.S., reporting a 2.6% increase in comparable-store sales. But its profits came in below analyst expectations, and growth in its e-commerce division slowed to 28%, in part due to what its execs describe as an operational learning curve.

It expects e-commerce revenues to climb 40% in the year ahead as it continues to fine-tune its strategy and better delineate brand differences between Walmart.com, which it sees as having broad appeal, and Jet.com, targeted at higher-income urbanites.

The Bentonville, Ark.-based retailer’s revenues for the fiscal fourth quarter rose 4.1% to $136.3 billion, or 3.1% on a constant-currency basis. Operating income fell 28% to $4.5 billion. For the full year, sales hit $500 billion in revenue for fiscal 2018, a first. And it released forecasts for sales and profits for the year ahead that are lower than observers expected.

And while much of the slower e-commerce growth was expected, says president and chief executive officer Doug McMillon in a conference call announcing the results, “a minority” of reasons had to do with fourth-quarter glitches, as seasonal gift items, such as electronics, sometimes interfered with the availability of everyday items.

He also says the company is reducing marketing spending on Jet.com to focus on Walmart.com. “Walmart is a really well-known brand, and when you get into the middle of the country, like Oklahoma and Texas, it makes more sense to invest there. But in areas like New York City, with urban Millennial and higher-income shoppers, Jet makes more sense. We’re trying to preserve flexibility.”

The company also says shoppers are enthusiastic about online shopping, especially in groceries, spending twice as much as those who only shop in stores. “So we’ll lean in this year by nearly doubling the number of online grocery locations in the U.S.,” he says, adding that grocery pickup is earning high net promoter scores.

Walmart is running a new series of ads promoting its “More ways to Walmart” campaign. Like its holiday campaign, they use crowd-pleasing vintage tunes to sell the benefits of easy reordering, with “I just can’t get enough;” same-day pick-up with “Bust a move,” and free two-day shipping with “Ring my bell.”

While investors reacted to the spots of unexpected softness in the report, others are praising Walmart’s willingness to invest in the future, even if it means lower profits short-term, and say the retailer is heading in the right direction. “The U.S. increases are a function of both higher customer traffic and higher average spend,” writes Neil Saunders, managing director of GlobalData Retail, in his report on Walmart’s numbers.

“While some of the credit goes to consumer optimism is general, “shoppers did not have to visit Walmart — but many did, and from our data, Walmart increased its share of shoppers over the final quarter. We believe this is down to Walmart's focus on low prices plus better customer service, improved ranges and better-selling environments. Even in an era of stiff competition, Walmart is becoming more and not less relevant to the American consumer.”