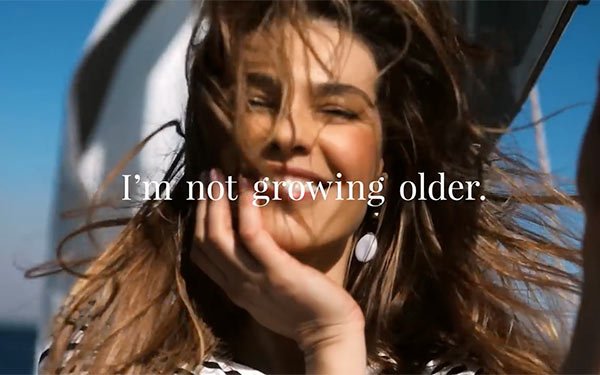 Chico's is unveiling its first campaign with new agency The&Partnership that is designed to circumvent the conventional wisdom about the women's retailer.

The #HowBoldAreYou creative addresses what it calls one of the last "taboos" of the way society perceives women "of a certain age."

The clip ends with the message, “I am not growing older, I am growing bolder.”

"It is the first time that any brand has encouraged women to stop letting their age - a number - define them; and to instead choose how they define it," says Shobha Siaram, chief strategy officer, The&Partnership. This campaign "is so much more than a tagline; it is a rallying cry for the fun, the fearless, the fabulous women who represent a bold new attitude."

Have a look at the creative here.

The messaging was developed after a two-year research effort by the brand that revealed most middle-aged women don’t feel middle aged and don’t define themselves by age.

"It’s great to be 20, but it’s also great to be 62 or 43 or 51 and that’s the message we want to share through this new campaign," says Shelagh Stoneham, senior vice president, marketing, Chico's, adding Chico's specifically decided against hiring a well-known personality to represent the retailer. "We felt the campaign should reflect all the different types of women she is, rather than focusing on a single person who already has their own brand equity. It's more authentic to who we are."

This includes custom editorial activations with partners including Meredith Digital, HGTV and O, The Oprah Magazine as well as out-of-home signage, social, display, and location-based mobile marketing. There will also be a YouTube influencers program.

As part of the campaign, The&Partnership and Chico's developed t-shirts featuring a number that is meant to reflect the wearer’s age and will encourage her to post it on her social channels.