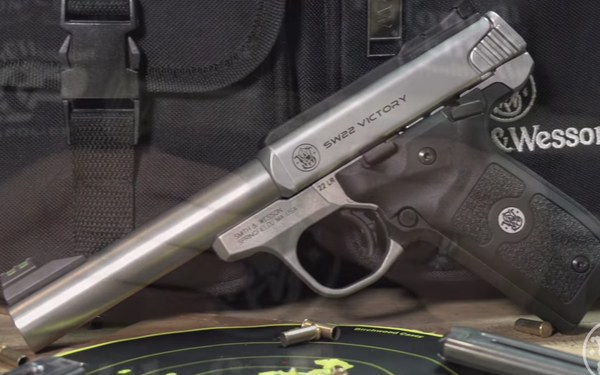 The #BoycottNRA movement is a gathering storm. Teachers’ unions are demanding pension funds sell off gun stocks. Tens of thousands of Gen Z students are piling on the #NoMore protests. It would be easy to think it all adds up to a sea change in the way most Americans view firearms. But the reality is far more complex, and increasingly, marketers are looking at Millennials as a key part of the puzzle.

Underneath the increasingly polarizing conversations, new data suggests the issues surrounding guns are far less black-and-white than your noisy Facebook friends suggest. New polls from Quinnipiac University report that 66% of Americans want stricter gun laws, and 67% want a ban on assault weapons, like the one used to kill 17 students recently in Parkland, Fla., the highest percentage since it began polling. Yet Rasmussen reports that while it, too, is finding support for gun-control laws reaching new highs, the majority of Americans — 58% — don’t trust the government’s ability to enforce gun laws.

Meanwhile, Millennials, the most liberal generation on most social issues, are decidedly more measured in their views on guns, and gun marketers are taking notice. Fewer of them own guns than past generations, according to Pew Research, 27%, versus 30% of the U.S. overall, but those that do are more enthusiastic, especially about the assault rifles other generations seem eager to ban.

A Pew survey in 2015, for example, reported that 49% of those between 18 and 29 supported an AR ban, compared to 55% of those 30 to 49, 61% of 50 to 64 year olds, and 63% of those who are 65 and older. But Millennials are more likely than other generations to want restrictions on the mentally ill and firearms, and they are the least likely — at 19% — to support the National Rifle Association. (It probably doesn’t help that its CEO has derided them as an “uninformed self-absorbed self-minded generation.”)

“Millennials are the new focus of firearms marketing,” says Nathan Yates, owner of Forward View Consulting, who follows the gun industry, and he says they are especially keen to buy assault rifles. “While their parents and grandparents often prefer traditional firearms, millennials (especially men) have become assault rifle buyers. Look for firearms marketing to focus on target shooting over hunting.”

New markets are important for gun sellers, as gun ownership continues to fall and hunting continues its long decline. “While millennials aren’t especially interested in hunting, they’ve adopted target shooting readily. Ammunition manufacturers love target shooting because a day of hunting deer will involve one to two shots at best,” Yates tells Marketing Daily. “A day at the range can involve shooting 500 rounds.”

He says Ruger and Smith & Wesson continue to be the top gun brands in the U.S. and doesn’t think the recent bankruptcy of Remington will have much impact. Remington “has become an afterthought now. Smith & Wesson, Ruger and Savage will likely benefit from the bankruptcy just a little. Brands that focus on modern sporting rifles [assault weapons] are most vulnerable.”

Nor does he believe the current outcry surrounding the Parkland shootings will change the pervasive sales pattern established in the last election: Mass shootings trigger a quick spike in gun sales, which quickly subside to low levels. “With Trump in office, there’s less fear of gun control legislation passing,” he says.

While this “Trump Slump” in guns has an impact on retail brands, including Cabela’s and Dick’s, as well as gun companies themselves, experts are bullish on the long-term health of the sector. Wedbush, for example, currently rates American Outdoor Brands, which owns Smith & Wesson, as an “outperform.”

Despite difficult comparisons as the industry shifts from the Obama era, with its high gun sales, to the Trump era, “we continue to be encouraged by strong underlying trends in concealed carry, which helps generate sold growth for the industry,” it writes in a recent report. “Additionally, a Republican-controlled government is a positive for the long-term viability of the industry, and specifically the modern sporting rifle segment.”

Meanwhile, more than a dozen companies have terminated co-branding partnerships with the NRA. 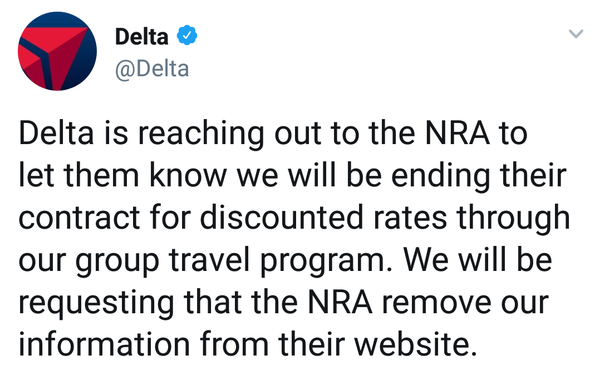