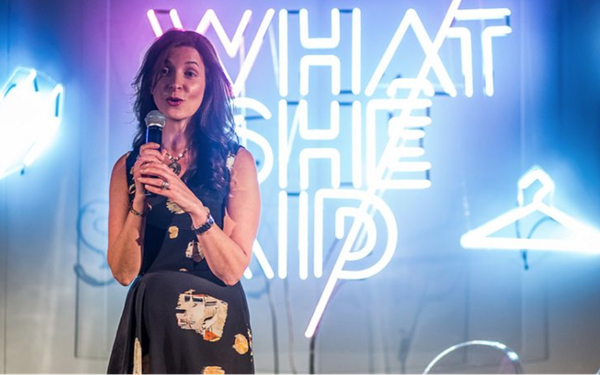 W Hotels is evolving “What She Said,” the brand's initiative that celebrates femininity.

Since launching in 2016, the project has given a platform to women like designers Diane von Furstenberg, Jenna Lyons and Rachel Zoe, singers LeToya Luckett and NIIA, comedian Tig Notaro and actress Cheryl Hines, with over 40 events to date.

Now, as conversations in society evolve, so too will the platform, according to the hotel company. It will focus on providing “safe spaces for conversations to drive progress in the gender equality movement by bringing in provocative speakers, cultivating community, and sparking conversation that inspires, educates and enlightens,” according to the Marriott-owned hotel.

In addition to continuing to sponsor panels hosted with experts of industry around the world, W will host at least one exclusive dinner each month, bringing behind-closed-doors conversations about modern issues of equality to the global stage through curated podcasts, videos and live-streamed content.

The next iteration of “What She Said” will offer a global platform for essential conversations to be heard, navigating the challenges and triumphs of work, love, play and everything in between, says Anthony Ingham, global brand leader, W Hotels Worldwide.

W kicked off the 2018 program Feb. 23 at W Hollywood with writer, producer, and director, Ava DuVernay. Spoken word poet Olivia Gatwood started off the evening with a live performance followed by DuVernay, who welcomed a private audience for an evening of honest discussion around work, life and femininity.

As the director of Disney’s "A Wrinkle in Time" DuVernay has reached another milestone as the first African-American woman to direct a live action film with a budget of more than $100 million.

“What She Said” will continue the conversation each month at W hotels around the world covering a range of topics with industry experts in the fields of art, design, architecture, fashion, and fitness. On March 5 at W Boston, a “Women in Fitness” conversation will take place with Olympian Nastia Liukin and local celebrity chef and James Beard Award Winner, Jody Adams.