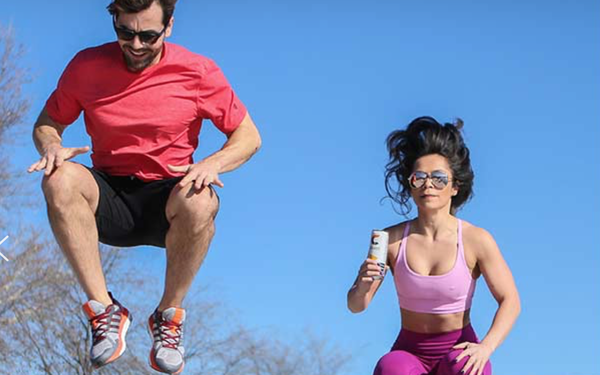 Tough Mudder has signed yet another brand as a sponsor.

This time it is Celsius Holdings, the maker of the global fitness drink by the same name. The beverage will be a presenting sponsor of the 2018 Tough Mudder North America Challenge event series which includes Tough Mudder Half, Tough Mudder Full and the newly launched Tough Mudder 5K.

This move fulfills a major marketing initiative for Celsius, whose slogan and targeted demographics’ goal is to “Live Fit.” The drinks are dietary supplements that contain a proprietary thermogenic MetaPlus blend, proven to accelerate metabolism, provide healthy energy and burn body fat when combined with exercise.

Tough Mudder is a good fit for Celsius since its fan base are educated consumers who care about what they put in their bodies, says John Fieldly, Celsius Holding Inc.’s chief financial officer and interim president and chief executive officer.

“Celsius is an innovative drink that’s proven to function as a healthier, energizing pre-workout drink that gives participants a clinically proven training tool before and during the big day,” Fieldly tells Marketing Daily. “It’s a brand consumers integrate into their daily workouts and training, and many of them find us through their trainers. We’re targeting cutting-edge consumers who realize it’s not what your drink doesn’t have, it’s what your drink does have and what it’s doing for you.”

Celsius aims to increase its brand awareness by tapping into Tough Mudder’s extensive fan base. The sponsorship and 2018 Tough Mudder season kicks off March 3-4 at East Walker Ranch in the Los Angeles area. The series includes more than 100 events across North America during Tough Madder weekends, and more than three million loyal fitness enthusiasts committed to the Tough Mudder lifestyle (also known as “Mudder Nation”)  The drink will be available before select events. Last year, is was tested for receptivity as a Tough Mudder Local Sponsor in 10 cities.

The partnership includes consumer engagements and sponsored branding on one of the teamwork obstacles, Everest, across all event formats. Additionally, Celsius will serve as an official sponsor of the Toughest Mudder and World’s Toughest Mudder race series.

Celsius also will have a brand presence on multiple video platforms as Tough Mudder has grown into a media and entertainment brand with content featured on CBS, The CW, Facebook and YouTube, garnering millions of viewers throughout the year.

“It has transformed from being just a live-event company to a global media, sports events, health and wellness lifestyle brand,” Hiquet tells Marketing Daily. “It is an important time to re-highlight what the brand was built on and represents not only to new customers, but our community of 3 million-plus.”

“Tougher Together” is more than just a campaign, but an all-encompassing new brand platform that will be shared and articulated throughout the customer journey, he says.

“It reflects our overall higher purpose – teamwork, camaraderie, inspiring to do extraordinary things together and lending a helping hand to anyone who needs it regardless of socioeconomic or cultural backgrounds, an important message especially in this ever-disconnected world.” Hiquet says.