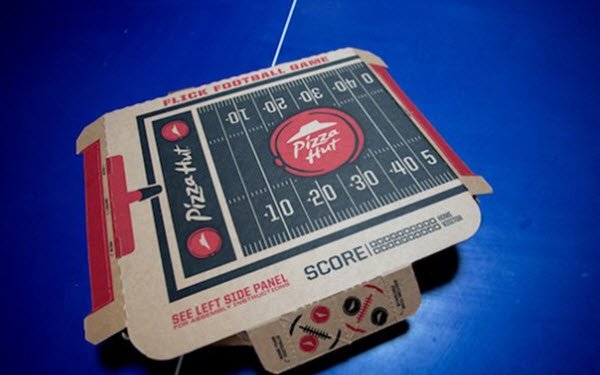 Less than a day after Papa John’s announced that it had prematurely ended its seven-year official pizza brand sponsorship of the National Football League, Pizza Hut has confirmed the rumors that it is stepping into that void, announcing its own multi-year deal with the NFL.*

The financial terms of the Pizza Hut deal were not disclosed, but while Papa John's deal was to run through 2020, Pizza Hut's runs through the 2021 season.

"Pizza Hut's chief marketing officer, Zipporah Allen, said the company will engage consumers on the deal through new products and packaging, the company's loyalty program and a continued push into beer delivery," reports ESPN.com. "The brand started a pilot program to deliver alcohol into homes in Phoenix late last year." In addition, the partnership could eventually involve mobile elements, given that 70% of PH's online orders are placed through mobile, the site adds.

“Pizza Hut has a history of bringing entertaining food and experiences to the pizza occasion, and we plan to continue that through our exclusive partnership with the NFL,” stated Artie Starrs, president of Pizza Hut U.S., in the announcement.

Pizza Hut's first exposure through its new sponsorship will be during the 2018 NFL draft, to be held in late April at AT&T Stadium in Arlington, Tex., not far from Pizza Hut's HQ in Plano.

Earlier this morning, prior to the NFL/Pizza Hut announcement, NBC Sports Pro Football Talk reported that “the buzz in Indianapolis is that Pizza Hut could be quickly named as the replacement, as soon as [today]. This would mean that the NFL has known that the change is coming, and that the NFL had moved quickly to get a new deal in place.“

As for the end of Papa John's' deal with the NFL, "While the NFL remains an important channel for us, we have determined that there are better ways to reach and activate this audience," the pizza chain's new CEO, Steve Ritchie, said during the company's fourth-quarter earnings call on Tuesday. Papa John’s has “really got a lot of key learnings on how we can invest our dollars more appropriately," and plans “wholesale changes” in its marketing, including selecting new advertising and PR firms, he said. “It’s not business as usual at Papa John’s.”

"The NFL and Papa John's have made a mutual decision to shift from their official league sponsorship to a focus on partnerships with 22 local NFL teams, presence in broadcast and digital media, and key personalities in the sport," Papa John’s and the NFL said in a joint statement also released yesterday.

This marked the first time that an NFL sponsor has left during the term of a deal, although Papa John’s said that there would be no financial penalties for dissolving the sponsorship, reported ESPN.com. Papa John’s had been the official pizza sponsor since 2010.

Last November, Papa John’s founder John Schnatter publicly asserted that his company’s sales had been hurt by the NFL’s not having “nipped in the bud” some players’ kneeling during the National Anthem to protest racial injustice.

Less than two weeks later, after Papa John’s stock dropped, Schnatter and the company apologized for the unintentionally “divisive” remarks. Schnatter stepped down as CEO at year’s end, and was succeeded by Ritchie, previously the company’s president. Schnatter remains chairman of the board.

Papa John’s reported that North American comparable-store sales were down 3.9% in Q4 versus the same period last year, blaming disappointing promotions and negative consumer perception. The stock’s value has declined by a third since June, according to reports.

*This article was updated to reflect the Pizza Hut news.