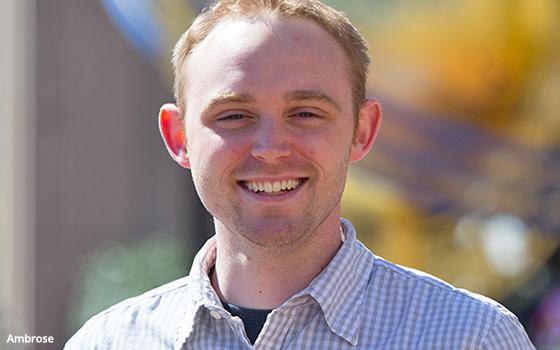 According to Little Things’s CEO Joe Speiser, the site experienced a 75% drop in traffic, enough to decimate its profit margin four years after its launch.

Digital media company Intermarkets, which helps brands to connect with the most useful advertisers, is focused on cracking the digital publishing code. Jake Ambrose, the company’s marketing operations director, talked to Publishing Insider about how publishers can avoid the pitfalls that plagued Little Things and thrive in an increasingly unstable digital environment.

Publishing Insider: After the news that Little Things would close, how large a scale do you think the algorithm is hitting other publishers?

Jake Ambrose: Publishers have enjoyed the scale and reach of Facebook for years. The platform’s pivot to serve users and “clean up” the News Feed has had a significant, widespread effect on publishers across all verticals. Any digital publishers that have not been actively pursuing audience growth outside of Facebook over the past two years will feel the impact of the algorithm change.

PI: Aside from Facebook, what types of traps should publishers avoid to maintain a robust digital business?

JA: Publishers should double down on the quality of their content. In the era of social growth, many have fallen victim to sensationalizing content to draw a quick influx of readers. The traffic was there, but it was a short-term lift. That led to many publishers getting blacklisted by the big providers. With all that traffic, publishers were tempted by dollar signs and loaded up on inventory.

PI: What was the result?

These ad-bloated pages introduced a couple of issues. First, users got irritated and sought their content fix elsewhere or ran ad blockers. Another problem was the overall impact on inventory value. More units means content and other ads get pushed down the page and out of sight.

Publishers should focus on what it is that keeps your audience coming back, while also being able to draw new readers. Make sure you’re optimizing and paying close attention to the user experience when they arrive at the page. Keep a healthy balance of inventory and content with a nice, clean layout.

With Facebook swiftly denying reach to its users, publishers are flocking to other social-media platforms to experiment with audience growth. While some might see great short-term success, they should hold fast to the idea that it’s never an effective strategy to put significant dependence on any one traffic source.

JA: Publishers should continue to prioritize user experience. From content to site design, they should always be working toward the best possible digital experience for the target audience. In addition to building a diverse network of traffic sources, a premium reader environment will ensure loyalty and lasting visits.