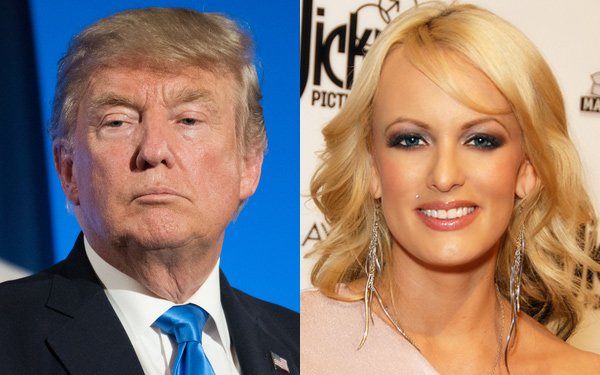 Perhaps a “paper trail” would be more suitably named an “email trail” in 2018.

The news comes after repeated claims from Cohen that the Trump Organization had nothing to do with the Daniels transaction. Cohen says he used personal funds to pay Daniels, who says she had an intimate relationship with Trump from 2006-2007.

"Neither the Trump Organization nor the Trump campaign was a party to the transaction," Cohen said in a statement last month, "and neither reimbursed me for the payment, either directly or indirectly."

Michael Avenatti, Daniels’ attorney, has since provided a copy of Cohen’s email communication with First Republic Bank to news organizations. The email, dated October 26, 2016, confirms a checking account deposit into Cohen’s account. The next day, Cohen transferred $130,000 from his First Republic Bank checking account to the City National Bank account of Keith Davidson, the lawyer representing Daniels at the time.

The email in question does not specify the deposit amount into Cohen’s account or where the money originated, but the timeline does call into question whether Cohen was receiving funds specifically to address Trump’s affair with Daniels.

Daniels has also confirmed that Cohen used his Trump Organization email while negotiating with her in 2016 before she signed the NDA. She filed a lawsuit last week asking the court to confirm that her NDA is invalid, on account that Trump never signed the agreement.