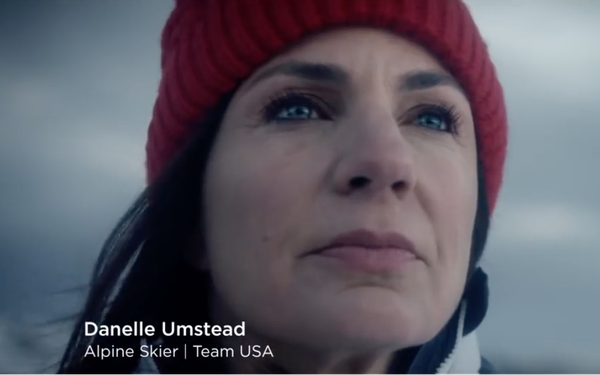 Comcast created a video showcasing one of the Paralympic athletes that the telecom company is sponsoring.

The video, just under two minutes, features the inspiring story of U.S. Paralympic Alpine Ski Team medalist Danelle Umstead. The visually impaired athlete narrates the video and details her story, conveying what it’s like to ski down the slopes with a visual disability and rely on sound to compete. She gives viewers a glimpse of how skiing looks to her and how it has opened up a door to freedom.

Published Friday, the video has already been viewed more than 269,000 times. Comcast is featuring the video on social media and its website, where it focuses on accessibility.

Comcast, an official partner of the USOC, has partnerships with 13 Team USA athletes including Umstead, who won bronze in both the 2010 and 2014 Paralympic Games.

NBC Olympics and Comcast recently announced that they are providing video description services for viewers with visual disabilities watching coverage of this year’s Paralympic broadcast. Comcast has included accessible navigation and search technologies like the Xfinity X1 voice remote and voice guidance into the new Olympic experience on Xfinity X1 that provides easy access for people with visual disabilities.

Comcast found in recent research that assistive technologies are helpful, but also suffer from low levels of awareness. Conducted by Comcast and the American Foundation for the Blind, a survey of people with visual disabilities found that a majority watch four or more hours per day, almost as much as the general public.

“It’s a myth to think that you can’t enjoy television just because you have a visual disability,” said Tom Wlodkowski, vice president of accessibility for Comcast, who was born blind. “That’s why I’m proud that Comcast and NBC have become pioneers in making live entertainment and sporting events more accessible for millions of people like me. And when that content is complemented with the right technology, people with visual disabilities can have an end-to-end experience that is even more inclusive and entertaining."