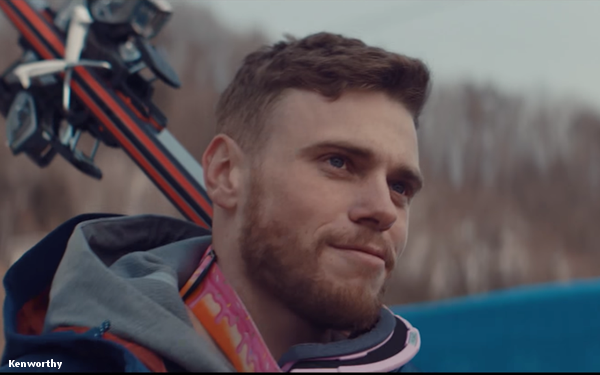 Samsung got so much warm-and-fuzzy buzz with ads showing how Gus Kenworthy, the proudly gay U.S. skier, kept in touch with his far-away boyfriend that it’s easy to overlook one of the most ground-breaking things about the campaign. It ran in March, linked to the Olympics, boldly defying the usual we-run-our-gay-ads-during-Pride-month thinking.

“The LGBTQ market is paying attention to what brands do the other 11 months of the year, too,” says Zach Stafford, editor of INTO, Grindr’s web magazine. He says that new research from INTO and Brand Innovators confirms the LGBTQ audience is fiercely loyal to brands seen as supportive, and that most brands are missing major opportunities, with 53% of marketers saying they allocate between 0 and 4% per year, and 29% between 5 and 9% of budgets. And 38% of brands in the survey skip the market entirely in their media planning, giving other demographics higher priority. (The survey was based on 278 marketing and media execs.)

The missed opportunities are greatest with Millennials, with 20% identifying as LGBTQ, according to GLAAD, significantly higher than other generations, and higher than other researchers. Pew Research’s latest survey finds that about 4.1% of the U.S. identifies as LGBT, and 7.3% of those between the ages of 18 and 37.

Stafford tells Marketing Daily that Millennials “are thinking more expansively. They are realizing they don’t fit into this tiny heterosexual block. And some research indicates this is even more true for Gen Z.”

No matter how old they are, LGBTQ consumers pay close attention to brands that make an effort, with 35% saying they are more likely to buy from those with advertising that includes LGBTQ themes and people. And 70% of respondents say a brand’s reputation has directly influenced a purchase they have made.

The research, included 1,500 INTO readers, also shows they’re alert to tokenism: Only 16% felt positive when they see LGBTQ campaigns during Pride Week only, while 40% appreciate brands that make a continual effort.

And Stafford, who is a fan of brands like Samsung, Absolut, and Subaru, with its efforts to “authentically integrate women” in ads in a way that rings true for the lesbian audience, says brands shouldn’t count on blind loyalty from this market, either.

Take Wells Fargo, long a loyalist in marketing to the gay community, which is currently embroiled in a massive fraud scandal. “It’s a little like dealing with the fallout when your parent does something bad,” he says. “They will have a certain amount of leniency. But it’s up to the consumer, and they will walk away, as they did with Caitlyn Jenner, when she began to stand for things the community couldn’t accept.”

“We’re a pretty committed group,” he says, “but we’re not stupid.”