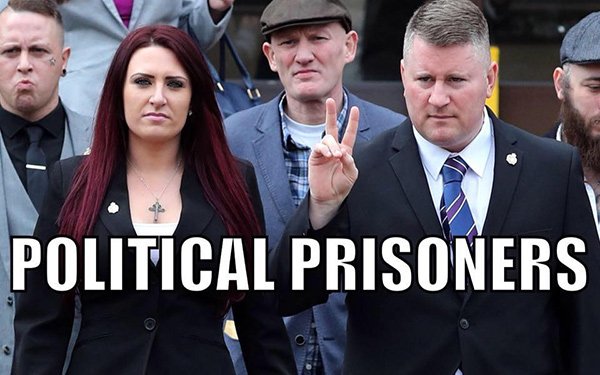 As part of its ongoing effort to curb hateful content, Facebook has officially banned Britain First and its party leaders, Paul Golding and Jayda Fransen.

“Political views can and should be expressed without hate,” Facebook said in a statement issued on Wednesday. “People can express robust and controversial opinions without needing to denigrate others on the basis of who they are.”

To date, the tech titan said that content posted on the Britain First Facebook page and the pages of its party leaders have repeatedly broken its Community Standards.

Despite their best efforts, social platforms like Facebook and Twitter continue to struggle with their roles as censors. It an attempt to clean up its platform, for instance, Twitter was recently accused by conservative groups of political bias.

Twitter was forced to explain itself after efforts to curb fake accounts, Russian bots and hate speech had a significant impact on the follower counts of conservatives and “alt-right” figures, like Michael Flynn, Jr. and white nationalist Richard Spencer.

For its part, Facebook has readily admitted that policing its platform is tough. Last year, Monika Bickert, head of global policy management at the social giant, said& ;nbs p;balancing user safety and free expression was an imperfect science.