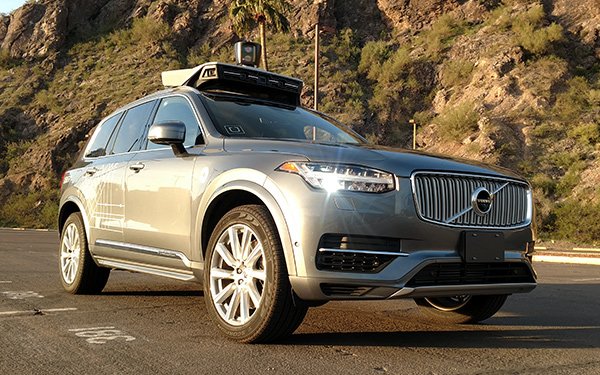 The self-driving Uber car that hit a pedestrian who later died in Arizona is not likely at fault for the accident, according to early police findings.

“The driver said it was like a flash, the person walked out in front of them,” Sylvia Moir, Tempe, Arizona, police chief, told the San Francisco Chronicle. “His first alert to the collision was the sound of the collision.”

“I suspect preliminarily it appears that the Uber would likely not be at fault in this accident, either,” Moir said. “I won’t rule out the potential to file charges against the (backup driver) in the Uber vehicle,” Moir said.

The woman killed has been identified as Elaine Herzberg, 49, who was struck while walking a bicycle across the street, outside of a crosswalk. She was unconscious at the scene and later died of her injuries at a local hospital.

Tempe police Sgt. Ronald Elcock said at a news conference that the self-driving SUV was traveling at about 40 miles per hour when it hit Helzberg as she stepped onto the street. He said it appears that she may have been homeless. He also said there was no impairment of the driver at the scene.

The self-driving vehicle was a 2017 Volvo XC90 and was operating in autonomous mode at the time of the accident, with the operator behind the wheel. Police said they have viewed the video from outside the vehicle as well as video of the driver inside the car.

“Tempe police department does not determine fault in vehicular collisions,” the department said in a statement to Reuters late Monday.” At the press conference, Elcock said the investigation will go to the county attorney’s office.

Meanwhile, Arizona Central reported that court records show that Rafaela Vasquez, 44, the safety driver in the self-driving Volvo, is a convicted felon who previously spent four years in prison for armed robbery and falsifying documents. She was released from prison in 2005. (Police initially thought the driver was male.)

Uber has paused self-driving operations in the U.S. and Canada.

Google-spinoff Waymo also has been testing autonomous vehicles in Arizona and recently ordered thousands of hybrid minivans for its ride-hailing service in Phoenix. Waymo has announced that its self-driving vehicles would be tested on public roads in Arizona without a driver at the wheel.

Late last year, Uber signed a deal to purchase up to 24,000 Volvo XC90 and XC60 SUVs, both of which will come with core autonomous driving technology.