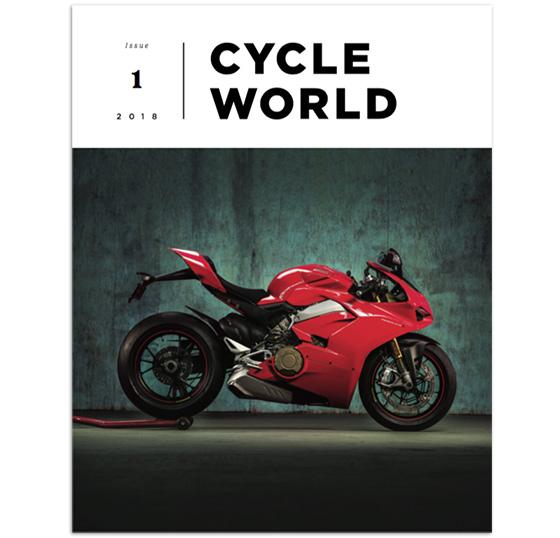 Cycle World will have a larger format and every cover will feature a single subject, which the issue will focus on specifically.

“We are focusing the main feature in each issue of Cycle World on a landmark motorcycle,” Mark Hoyer, editor-in-chief of Cycle World, told Publishers Daily. “The magazine has historically covered all aspects of motorcycling, and in the shift to a deeper experience in the new quarterly, this is no different."

He added, “We think of it as a durable periodical we hope will live on coffee tables and bookshelves.”

Sections in the magazine have also been restructured.

The front-of-book “Elements” section showcases specific aspects of a motorcycle’s material composition. “Origins” highlights landmark motorcycles that changed the history of the industry.

"While the primary feature emphasis will be on new motorcycles, we will also single out historically significant machines to inform us of where we are, by showing where we have been," Hoyer said.

Cycle World’s first issue of the year is on newsstands now, clocking in at 116 pages with about 23 pages of ads, including a spread ad from Harley-Davidson, a center spread from Suzuki and an ad from Triumph. Feature stories in the issue include the history of the AJS Porcupine and “Get Lost,” in which Cycle World editors test out the 2017 Suzuki V-Strom 650XT in Death Valley.

The Ducati Panigale V-4 is featured on the cover.

Hachette Filipacchi Media sold Cycle World To Hearst Magazines in 2011. That same year it was acquired by Bonnier.