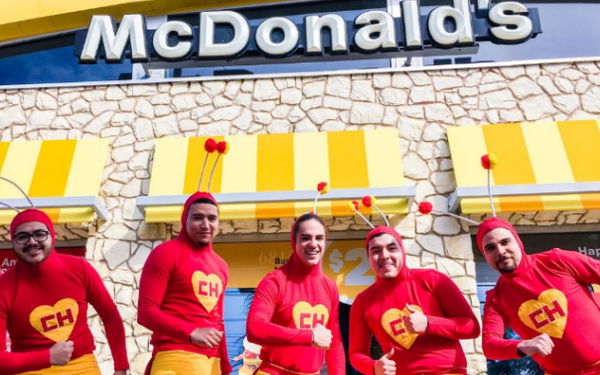 Although McDonald’s is the number one fast-food choice among Hispanic consumers, it “never takes that position for granted,” stresses Jano Cabrera, the brand’s senior vice president for corporate relations.

Case in point: A multimedia Hispanic market campaign centered in Houston that was part of the giant QSR’s January launch of its $1 $2 $3 Dollar Menu, a key part of its growth strategy.

The campaign aimed to connect with Hispanic consumers looking for ways to find value without compromising quality, drive traffic and sales lifts in Houston locations, and support brand affinity among the Hispanic segment nationally by showcasing McDonald’s’ commitment to supporting the Hispanic community, reports Natalie Asorey, a supervisor at the Miami-based Boden agency, which spearheaded the campaign.

In addition to helping to gauge the acceptance of the new value menu in the critical Hispanic customer segment, the campaign was designed as a test  model for adaptation in other key Hispanic markets.

The campaign launched with an animated social video that teased the brand’s partnership with El Chapulín Colorado, posted on the brand’s U.S. Hispanic Facebook page, McDonald’s Latino, and the local McDonald’s Houston Facebook and Instagram pages.

That was followed by a media tour featuring Roberto Gómez Fernández — the son of the character’s now-deceased creator and spokesperson for Grupo Chespirito (owner of the character)  — and Nelly Quijano, local McDonald’s owner/operator, with national and local general market and Hispanic media outlets.

As part of a local media buy, radio and TV spots and influencer content went live on the days leading up to a January 27 takeover event at Quijano's McD's location. At the event (above), consumers could meet Fernández and interact with an actor playing El Chapulín Colorado.

On the same day, at that event and other Houston McDonald’s locations, the brand offered giveaways and promoted limited-edition El Chapulín Colorado and McDonald’s games, including a traditional lotería game and a deck of playing cards. The games were available to Houston-area families with a $1 $2 $3 Dollar Menu purchase at participating restaurants on January 27 only.

To formally announce the campaign, the team also launched a second animated video that revealed the character and encouraged consumers to try the new $1 $2 $3 Dollar Menu. At the same time, the local giveaway rules were published on the McDonald’s newsroom.

The local social pages were used to invite consumers to attend the in-restaurant event and get their limited-edition games.

The team also kicked off a national “surprise-and-delights” effort on the McDonald’s Latino Facebook page, rewarding selected consumers who engaged positively with social content about the new menu.

The campaign did produce bumps in guest counts and comp sales in the Houston market, according to Asorey, though she declines to provide specifics.

Those were driven by strong coverage and social buzz, including 77 earned media placements (340% above the set KPI), 90 earned posts from top-tier Hispanic influencers, and 85% message pull-through (21.4% above the KPI), she reports.

The creative partnership and its results “reflected what we always strive for — to surprise and delight our guests in ways that resonate with them,” sums up McDonald’s’ Cabrera.