Millennials Worry Most About Driving With Pets 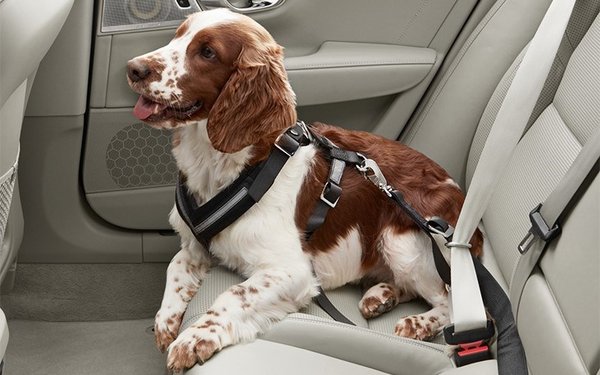 More than a third (38%) of Millennial pet owners have anxiety about driving with their pets, according to Volvo.

A survey found that nearly a quarter (24%) of pet parents leave their dogs home because they worry the car is not safe enough for Fido. Many of those surveyed indicated they lack knowledge about the safest ways to drive and travel with their four-legged friends.

Volvo Car USA teamed up with Harris Interactive and Harris Poll to release the first in a series of Volvo Reports that explore the ever-changing relationship between Americans and their cars.

Volvo Reports: Dogs, Cars and the People Who Love Them shows that pet parents want to travel with their furry friends, but worry about safety, said Jim Nichols, product and technology communications manager for Volvo Car USA.

A majority of Americans (69%) see their pets as “family members.” While 97% of pet owners drive with their dogs, many practice unsafe driving habits, including: 48% do not own any safety driving gear for their dogs, 41% let their dogs ride in the front seat, 23% buckle their dogs into a standard seatbelt. While only 5% have a built-in pet safety system in their vehicle, 46% say vehicle manufacturers that do not have built-in dog safety features do not care enough about pet safety and 71% of pet owners agree that vehicle manufacturers should proactively build more dog safety features into their vehicles.

Volvo Cars claims to be the only vehicle manufacturer to develop pet-safety accessories that directly tie into the car, including a dog harness, load compartment divider, dog gate and protective steel grille, available at any one of Volvo’s more than 300 retailers in the U.S. and Canada, or at www.volvocarspets.com.

The automaker recently expanded its presence in the pet community through a partnership with the Petfinder Foundation. For every pet accessory sold, Volvo will donate a portion of the proceeds to The Petfinder Foundation, an adoption organization that raises money to support animal shelters and rescue groups.