Could Blockbuster Video Have Been Netflix? 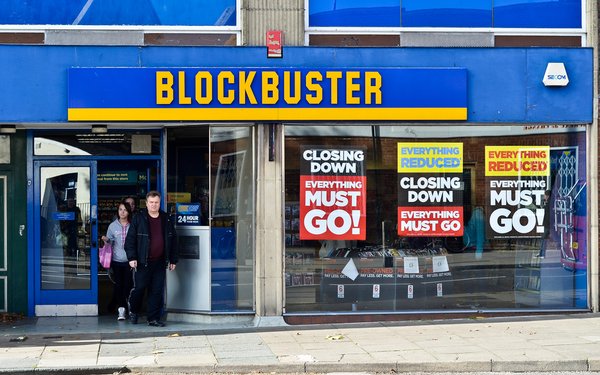 When you bring up Blockbuster Video these days, you can’t help but think about where Netflix is now.

It's worth remembering, with the dealth of H. Wayne Huizenga, who built Blockbuster Entertainment into a big business in the late 1980s/early '90s. He eventually sold the business to Viacom in 1994 in a $8.4 billion deal, long before Netflix became a thing.

Blockbuster did well early on and then pretty much declined steadily. Viacom sold the company in 2004. Blockbuster filed for bankruptcy in 2010 and stopped in November 2013.

Netflix started in 1997 — three years after the Blockbuster-Viacom deal. It had nowhere near the marketplace strength of Blockbuster, which rented DVDs/video tapes via stores; Netflix did it by mail order.

A key intersection between the two occurred in 2000, when Blockbuster began losing revenue. Back then, Netflix wasn’t doing all that well either. Netflix CEO Reed Hastings approached Blockbuster CEO John Antioco. Hastings wanted Blockbuster to buy Netflix for $50 million. Netflix was a "very small niche business," according to Antioco in Variety.

No matter; Netflix went on. In 2007, Netflix expanded its business with the introduction of a streaming service, while retaining its mail-order rental service. Blockbuster also started a small streaming business that year, as well as running a DVD rentals business through its stores.

Blockbuster tried a number of streaming services, but nothing took. For instance, in 2011, it started Blockbuster Movie Pass with Dish Network. For $10 per month, members would have access to both a streaming service, movies and games-by-mail. But the package was only available for subscribers of Dish Network's pay-TV service. And it flopped.

It is hard to say what would have happened had Huizenga held on to Blockbuster — and whether he would have had the wherewithal to make the leap into streaming video that Netflix did in early 2011.

"Wayne was a true video-industry pioneer," the Entertainment Merchants Association said in a recent statement. Sure -- a pioneer. But what about a media futurist? We’ll never know.

With regard to the deal back then, a former Blockbuster executive said: "Management and vision are two separate things. [Netflix was] losing money.”

Now — in the same breath — we could talk about Friendster and MySpace — vis-à-vis Facebook. Where did they go wrong?

Lessons learned here? People who don’t learn from history — even media history — are destined to repeat it. In other words: Avoid the low-level TV rerun; think new original stuff. Have a vision.

netflix, online video, streaming, tv, video
1 comment about "Could Blockbuster Video Have Been Netflix?".
Check to receive email when comments are posted.
Next story loading