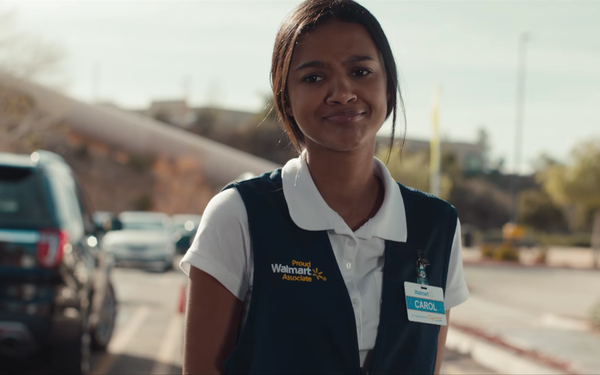 In an era when consumers are increasingly scrutinizing brands for their political leanings, Walmart has always been a sure bet as a red state stalwart. Just as Starbucks is cast as the beverage of choice for those lefty, latte-sipping elitists, Walmart has seemed the safest haven for gun-totin’ ’mericans.

Not so fast. New data from the YouGov BrandIndex shows that Walmart has been steadily creeping into the hearts of Democrats.  More say they would consider purchasing something at Walmart, moving from negative five years ago to positive, and surpassing the purchase consideration of Independents. And perhaps most remarkably, it seems to have pulled off this feat without losing favor among Republican shoppers. YouGov CEO Ted Marzilli tells Marketing Daily what the new data means.

Q. So this is a big change. In early 2013, 43% of  Democrats said they’d consider buying something from Walmart they time they went shopping, and now it’s 52%. And they’ve closed the gap from a 22 percentage point difference with Republicans five years ago to just 3 percentage points now. What’s happening?

A. Over the last five years, Walmart seems to have made inroads with consumers who identify as Democrats. In April 2015, for instance, it sided with companies like Apple in protesting religious freedom laws, which might have opened the doors to LGBT discrimination. It’s raised the minimum wage for workers, a cause Democrats identify with most. And last month, it increased the minimum age for gun buyers to 21 years old. And it hasn’t given up much to Republican consumers. It seems like it’s been able to walk that fine line, appealing to Democratic consumers without alienating their conservative  consumers.

Q. Walmart seems to be good at taking these steps in quiet ways, so that conservatives either don’t notice or object. It did protest religious freedom laws, for example, but it didn’t take the bold step Target did of creating gender-neutral bathrooms. And as you say, it did raise the age for gun purchases from 18 to 21, but not until Dick’s Sporting Goods did so, and hence drew the most social media a fire. Do you think this kind of tip-toeing is part of the Walmart strategy?

A. I think you’re onto something. We find, with brands in crises, it’s often better to be going through the crisis second or third—those brands tend to get less attention. Is it intentional, or serendipitous? I don’t know. If it is their strategy, the data suggest it is a good one.

Q. An announcement made by the National Center on Sexual Exploitation said the magazine contributes to the hyper-sexualization of women. Many people might have expected it to make such a decision based on a Christian family-values group. Can that alter perception?

A. That just happened, so we don’t have data on it. That Walmart is sympathetic to what would seem to be a more left-leaning group is interesting. But in general, the magnitude and breadth of the #MeToo movement in recent months have made it less of a political issue—Republicans and Democrats are saying, “There’s a problem here.”

Q. Can brands be apolitical these days?

A. To a degree. Take Amazon. I expected it to skew more Democratic, in part because of Jeff Bezos’ political activity.  There is a difference in how consumers who identify as Democrats versus Republicans see it, but it’s small. I wouldn’t call it a polarized brand. Starbucks is a different story. Starbucks has become part of the lexicon. It’s political-speak for the right to deride the liberals who drink high-priced coffees, like Starbucks. That does show up in the data. Chick-fil-A is another polarized brand.

Q. How do class differences affect this research? Once, Walmart was seen as a brand targeting low-income shoppers. Now, it’s changing its profile with acquisitions and e-commerce. And now Amazon is actively courting low-income shoppers, offering special Prime deals for people on public assistance, for example.

A. I don’t know if that would hurt Amazon with Republicans, but it could help them with Democrats. In different income groups, people who earn household incomes of $100,000 or more consider Amazon for purchase more than Walmart. And at the low end, with household incomes of $20,000 or less, they are neck and neck.