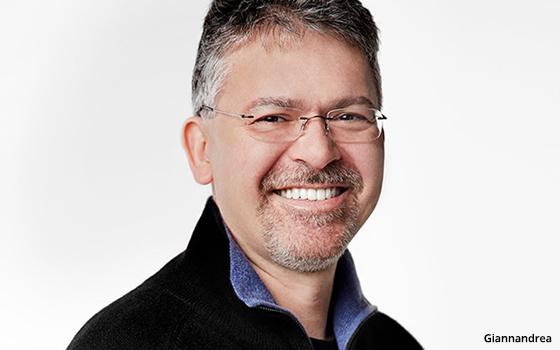 Wonder no more about the abrupt departure of Google's former head of artificial intelligence and search. Apple has hired John Giannandrea, appointing him to be the company's first senior vice president of AI, according to one report. The news make me think about the possibilities of search at Apple.

Keeping in good company, Giannandrea -- at least on LinkedIn -- is connected to William Tunstall-Pedoe, a British software developer who invented Evi, one of the first virtual assistants for mobile phones. Amazon acquired Evi in 2012. I have always wondered if Evi. Tunstall-Pedoe’s virtual assistant, gave Alexa her voice.

Apple told The New York Times on Tuesday that Giannandrea will run its machine learning and AI strategy, reporting to Apple chief executive officer Tim Cook. In an email to staff members obtained by The New York Times, Cook wrote that “John shares our commitment to privacy and our thoughtful approach as we make computers even smarter and more personal.”

Whether or not making computers smarter and more personal means improving search features with AI remains to be seen. Apple may be one of the most loved companies, but its search engine and search ad platform are lacking in the nuances that make Google the most desirable.

In the February release of the Singular ROI Index, Apple did rank as one of the top five-performing search ad companies, rising from No 23 in 2016 to No. 6 in 2017 on iOS. This study supports data from about $1 billion in revenue, 315 million installs, 1,700 apps, and 1,200 mobile media partners.

Apple once held the top spot for voice assistants -- for Siri -- but lost the lead to Google’s Assistant and Amazon’s Alexa.

Apple does not want to collect and use customer data, and this has become a major issue. If it is to become successful and compete with Google and Amazon, the company will need to find a way to personalize the information it serves on phones and in search engines much better than it does today.

And it will become much more difficult in the coming years as states such as California attempt to pass legislation that will prohibit the ability for companies to collect and share consumer personal information without consent.

Just something to think about.