Use Of Mobile Payments Up By 30% 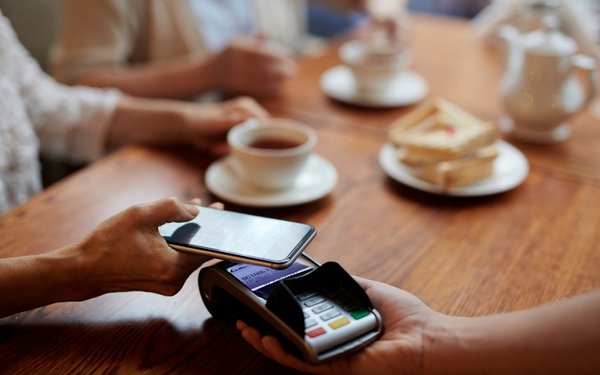 From privacy worries to security concerns to general tech phobia, not everyone’s sold on “mobile wallets.”

Still, plenty of folks are totally into the idea. Worldwide, a fresh forecast from Juniper Research expects more than 2 million consumers to pay for products and services with a mobile app in 2019 -- up by nearly 30% from 2017.

What technology are merchants and consumers adopting to make all these mobile payments possible?

While contactless card payments have been far more prevalent than NFC mobile payments, service providers are increasingly pushing both online and offline options.

What’s more, a growing number of “wallets” -- including Orange in France -- have already adjusted their payments offerings with banking services in what Juniper sees as a bid to deliver a more “holistic financial portfolio” for consumers.

Looking ahead, what wallets stand the best chance of occupying consumer’s virtual back pockets and purses?

After assessing the capabilities of nearly 20 offerings, Juniper believes thatPayPal stands the best chance of developing a converged wallet on a worldwide basis, closely followed by China’s Alipay.

What about QR code-based in-store payments? Well, they’ve seen huge adoption in China, though successful use cases in Europe and North America are likely to be limited to "closed loop" wallets like those deployed by Starbucks and WalMart, Juniper suggests.

Per the new research, the greater security offered by NFC-based wallets -- including “tokenized” credentials and, increasingly, biometric authentication -- make them more attractive to both consumers and merchants.

“QR code based payments are likely to have significant growth in markets such as India and sub-Saharan Africa, due to the negligible implementation costs,” research author Dr. Windsor Holden notes in the new report.

“However, their greater susceptibility to alteration to include viruses and phishing scams is likely to act as a major deterrent elsewhere,” Holden adds.