The Story Of Elvis Never Gets Old 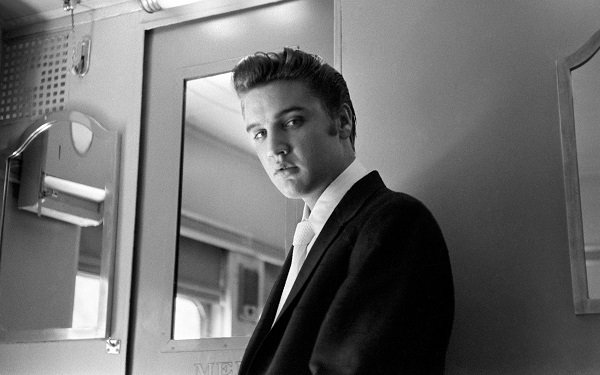 If you are one of those people for whom the story of Elvis Presley never gets old, then get ready to take a trip to rock ‘n’ roll heaven this weekend.

While the story has been told many times before, the particulars of Presley’s astonishing life and career, along with his impact on the performing arts, is a saga that endures.

This new take on the King of Rock 'n' Roll is called "Elvis Presley: The Searcher." It is three-and-a-half hours long and airing in its entirety without interruption Saturday night on HBO.

The "Searcher" subtitle aims to position Presley as an artist who throughout his life was engaged in a "searching" process that involved charting new artistic territories and breaking through various cultural boundaries.

Some might disagree that Elvis was a lifelong "searcher" in this way, particularly when considering the mostly third-rate movies he did in the 1960s, the sometimes dissipated lifestyle he seemed to lead at various times and even the jumpsuit-and-karate-moves phase of his performing career.

However, one thing always seems inarguable about Elvis when seen in a documentary like this one or read about in a biography: The man had a style and a thought process that was his and his alone.

As the years go by, even the jumpsuit-and-karate performances seen in so many documentaries of their own become more electrifying with each viewing.

What went through Elvis' head? That's not easy for a documentary or a biography to nail down. I remember when Peter Guralnick's definitive two-volume biography of Elvis first came out in 1995, a reviewer praised it as bordering on miraculous because it managed to come as close as anyone had previously come to revealing the real Elvis, although Presley was a guy who left almost no written record. He wrote no letters to anyone, never maintained a diary (that anyone knows of) and gave comparatively few interviews in his life.

Maybe Elvis the enigma is one reason why his life story -- which lasted just 42 years -- continues to fascinate. He packed a lot into those four decades, among other things helping to ignite a cultural and musical revolution that had its roots in the racial makeup of the mid-South where he grew up.

If you are among those who subscribe to all or part of the notion that the history of the United States is primarily one about race relations, then Presley can be said to have played a prominent role in his adoption of African-American musical styles.

As numerous sources say in the documentary, Presley was not an appropriator of someone else's culture. They make the point that from where he came from, the culture he applied to his music was his culture too.

These sources -- including the late Tom Petty and Sam Phillips, the Memphis musical genius who first discovered Elvis -- are much more articulate than I will ever be in describing the Presley phenomenon and how his unique talent came to be.

Their words and the words of many others, combined with music and footage from Elvis' life and his world, make "Elvis Presley: The Searcher" one of the most welcome documentaries to come along in at least a week (ever since "Andre the Giant," also on HBO).