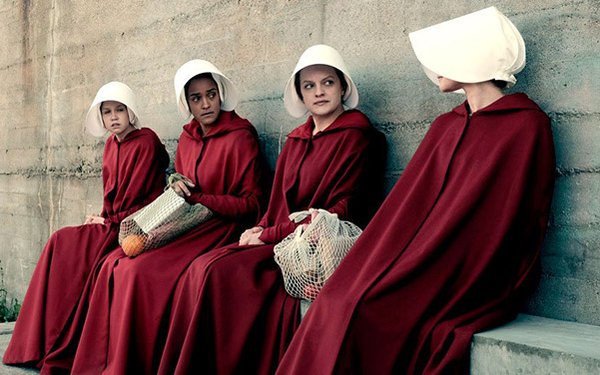 Spotify and Hulu just extended a subscription bundle, which they were offering only to college students, to all users.

The new subscription plan, with the awkward handle “Spotify Premium, now with Hulu,” allows subscribers to get the ad-free Spotify version and the ad-supported version of Hulu for $13 a month that includes its huge streaming library and acclaimed original productions like the Emmy-winning version of Margaret Atwood’s The Handmaid’s Tale.

Separately, Spotify Premium would cost $10 a month and Hulu’s ad-supported version costs $8 monthly, so $13 is a deal. By comparison, the most common Netflix subscription costs $11 a month; HBO Now is $15.

The deal gives users just one bill to pay. That may be inducement enough for some users who now complain there are too many streaming services to keep track of, and that they’re beginning to cost too much.

Right now, the deal is open only to existing Spotify Premium customers, but this summer it expands to everybody who wants it.

Spotify and Hulu started packaging themselves together for college students last year, who needed to show proof of their collegiate status. Now, everybody can get the same deal.

“Based on the outstanding performance of the Spotify and Hulu student package, it’s clear that consumers love to combine their music and television experiences together,” said Tim Connolly, senior vice president and head of Hulu distribution and partnerships.”

Hulu has hooked up before. In 2015, it began offering users a deal to add Showtime to their subscription for an extra $9 a month, which is $2 less than a standalone Showtime Anytime subscription.

Streaming services like Hulu fight for their portion of the subscriber dollar. About 60% of U.S. households stream, and 51% of them get Netflix, 33% get Amazon Prime and 14% get Hulu, according to CNBC’s All American Economic Survey.

That’s likely to change in the next couple of years, one way or the other. Hulu is now mostly owned by the Walt Disney Co., 21st Century Fox and Comcast, with a smaller stake owned by Time-Warner.  But Disney is in the regulatory process of acquiring 21st Century Fox, which would put it in the driver’s seat at Hulu.

At the same time, Disney is planning its own Netflix-like service for 2019, and how Hulu changes is open to speculation. But it would seem to be facing an new identity crisis that packages like the one it has with Spotify take on added importance.

With its 71 million active subscribers, Spotify could be a lucrative match for Hulu’s 14 million subs and could be a quick way to grow, if even just a small portion of the Spotify crowd takes the bait.

The Spotify Hulu package might also be a sign the pay app universe is getting spooked by a glut of services. According to the market research company Morning Consult, 57% of consumers 18 to 29 think there are too many streaming services, and 42% say they’re paying too much for what is out there. That’s the kind of lament cable subscribers have had for years.