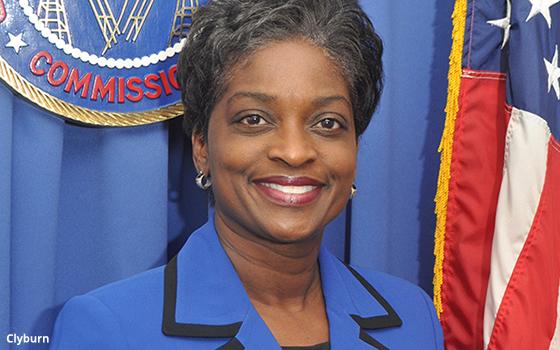 Federal Communications Commissioner Mignon Clyburn, a Democrat appointed to the FCC in 2009, announced Tuesday that she is stepping down. Her move came one day after Terrell McSweeny, a Democrat on the Federal Trade Commission, also said she was departing.

Clyburn also voted in favor of broadband privacy rules that would have required Internet service providers to obtain consumers' explicit consent before tracking them for ad targeting. Congress repealed those rules last year.

In 2013, she served as interim chair of the agency between the resignation of Julius Genachowski and the appointment of Tom Wheeler. Her brief tenure as head of the agency was noted by Pai, who tweeted a response to Clyburn's resignation Tuesday.

"Congratulations to @MClyburnFCC on your distinguished tenure at the @FCC, including serving as 1st woman to lead the agency!" Pai posted. "You leave behind a rich legacy and many friends. Godspeed and thank you for your public service."

Also this week, Federal Trade Commissioner McSweeny said she plans to leave that agency, where she has served since 2014. McSweeny was also a strong supporter of privacy protections, and had voiced opposition to the repeal of the net neutrality rules.

Last year, before Congress revoked the Obama-era broadband privacy rules, McSweeny and Clyburn co-authored an op-ed arguing against the repeal.

Acting FTC Chair Maureen Ohlhausen this week called McSweeny "an exemplary Commissioner" and "a steadfast advocate for consumers and competition."

McSweeny's last day with the FTC will be April 28. Clyburn plans to leave the FCC before the agency's May meeting.