Is Under Armour Clawing Its Way Back? 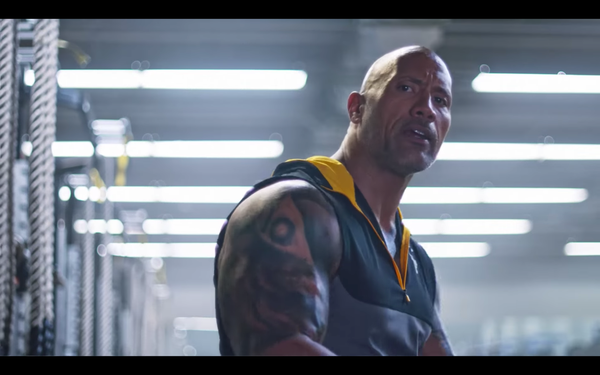 Looks like Under Armour, which recently launched a major new marketing campaign, may be regaining a little lost luster, as Wall Street begins to detect signs of improved sales and smarter financial management.

Deutsche Bank has upgraded the stock from a “sell” recommendation to a “hold,” with analyst Paul Trussell citing “improved sell-through of new products ... and a commitment to cost reduction,” as well as its rapidly growing international prospects. Still, he is urging investors to stay on the sidelines, saying the Baltimore-based athletic apparel company continues to face considerable risks from its stalled growth in the U.S., as well as its “inability to scale footwear products.”

Johnson volunteers his own story, too, including bouncing back from his crushed dreams of professional football and a moment when he had just $7 in his pocket. “Through that struggle on my way back up, I've learned there's one undeniable constant to success, and that's to always be the hardest worker in the room," he says in the ads, created by Droga5. (Under Armour says it refers to Johnson internally as the “motivator of the masses.”)

Still, Trussell writes, the company, set to release its next earnings report May 1, won’t have an easy time of it. Risks include “lost shelf space in U.S. sporting goods stores, fierce brand competition for the consumer’s attention and wallet, execution risk of strategy both domestically and internationally and perhaps most importantly, the need to create product that is functional while also resonating with the consumer from a fashion standpoint.” And while he says he sees the company taking steps in the right direction, “a deeper pipeline of footwear is needed in our view to return the company back to strong growth.”

Christopher Svezia, who covers the company for Wedbush Securities, has similar concerns, and recently reiterated that he remains neutral, citing “uncertainty around initiatives to return the brand to consistent profitable growth in North America.”