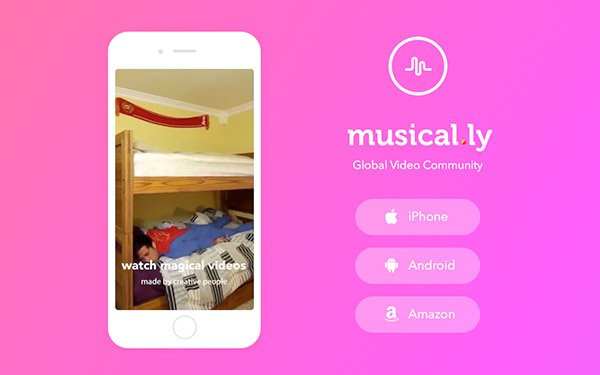 Musical.ly, based in China, enables users to create and share 15-second music videos. The service also hosts music videos by Ariana Grande, Justin Bieber, Demi Lovato and other celebrites who have young audiences.

The company's terms of service provide that children younger than 13 aren't allowed to use the app; Musical.ly also says it has given the app a 12+ rating in the app stores.

Despite Musical.ly's terms of service, CARU considers the site to have a "mixed" audience that includes people 13 and older as well as young children. That's significant because websites and apps with mixed audiences can't necessarily comply with federal privacy rules merely by stating that children aren't allowed to use the services, or by instituting age-gates.

The law also prohibits operators of online services aimed at a "general audience" -- like Facebook -- from knowingly collecting personal data from children under 13 without parental consent. One way for general audience sites to comply with that restriction is by banning visitors younger than 13.

But when online services are geared toward teens, compliance is more complicated. Those services may have to use age screens to identify visitors under 13, and then treat those users' data differently than data from older users, according to a guide of frequently asked questions published by the Federal Trade Commission.

"Just as the Commission considers several factors in determining whether a site or service is directed to children, you too should consider your service’s subject matter, visual content, character choices, music, and language, among other things," the FTC advises companies with teen-directed services.

CARU said in its opinion that most of the videos on Musical.ly feature teens, and that many of the profiles on the site appear to have been created by users under 13. The self-regulatory group also referenced articles in other publications, including a December 2016 TechCrunch article in which CEO Alex Zhu suggested that some users are younger than 13. "As far as I know, [users under 13] are being monitored by parents," Zhu reportedly said. “It’s the same situation as any other social media platform."

CARU rejected Musical.ly's argument that the app's lack of animated characters -- as well as its lack of "child-oriented language" -- shows it is directed toward a general audience.

Musical.ly said it "strongly disagrees" with CARU’s finding that the app is aimed at children, according to the opinion. Musical.ly added that the media articles referenced by CARU are "outdated and anecdotal, and do not provide empirical evidence of the age of Musical.ly users."