Macy's Buys Story To Boost Experience. Will It Help? 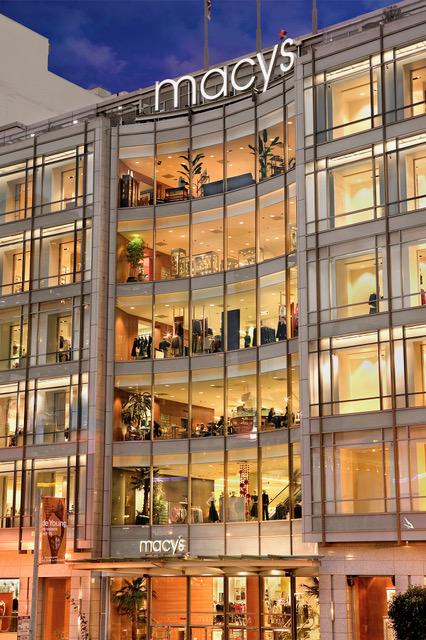 The move is meant to lead to “more enriched and engaging in-store experiences and brand activations,” it says in announcing the deal. And it’s just the latest, including the stepped-up expansion of Backstage, its off-price division, in its efforts to make the mainstream, moderately priced department store chain seem less plain vanilla to increasingly discerning shoppers.

With Story, Macy’s will have “the ability to communicate a singular theme and focus on that, which is incredibly interesting to people,” says Matt Sargent, senior vice president of Magid, the research company. “That’s something that is desperately missed in today’s department stores. Companies like Macy’s have worked very hard to become all things to all people, but nobody wants that anymore.”

Working with Story, a 2,000-square-foot space which says it has “the point of view of a magazine, changes like a gallery and sells things like a store,” may offer Macy’s more opportunities to differentiate itself.

“Execs at Macy’s know they need to do some very drastic things to reinvigorate the physical stores,” says Sucharita Kodali, vice president and principal analyst at Forrester, who follows e-business and channel strategy. She points out that department stores used to be exciting destinations, with ski slopes and parades with live animals. “It should especially be great for the larger high-volume stores, like Herald Square,” she tells Marketing Daily. “And hopefully, an exec like Rachel Schechtman helps to reenergize the sector.”

Macy’s, which has reported comparable-store sales growth in its most recent quarter and has vowed to crown comeback efforts with positive sales growth for the full year, says Story’s Chelsea location will continue operating as usual, with its system of switching to new themes every four to eight weeks. (Schectman’s younger sister, Jenny Schectman, rises to vice president, operations, at the Chelsea location.)

The big question, observers say, is how Macy’s will adapt this thematic selling, with merchandise and experiences curated around a single idea, to its hundreds of mall stores designed to help shuttle women from handbags to curtains to lipstick.

The key, says Sargent, is staying true to your core audience. “You can see elements of what Story accomplishes in Nordstrom, for example,” he tells Marketing Daily. “And Target, with its move to very differentiated private label lines, like Goodfellow & Co., Cat & Jack, and Pillowfort, as well as its smaller urban stores, is also doing this.”

It’s easier for smaller brands, stores and collections to intrigue shoppers, he says, and even online brands like Amazon, Warby Parker, Peloton and Brandless, are using physical stores to try and to make shopping more magical.

But it is a quandary for the largest companies, whose investors expect sales number driven by mass love, not local intoxication. “Maybe you can’t be the store that has the largest, best-priced collection of bath towels and the store that’s offering the most unexpected experiences,” he says. “Perhaps brands are getting to the point where they are going to have to let some parts of their retail audience go.”

Macy’s has 690 Macy’s and Bloomingdale’s stores, and another 160 specialty stores, including Backstage, its off-price division, and Bluemercury, the spa chain it bought back in 2015.

1 comment about "Macy's Buys Story To Boost Experience. Will It Help?".
Check to receive email when comments are posted.
Next story loading