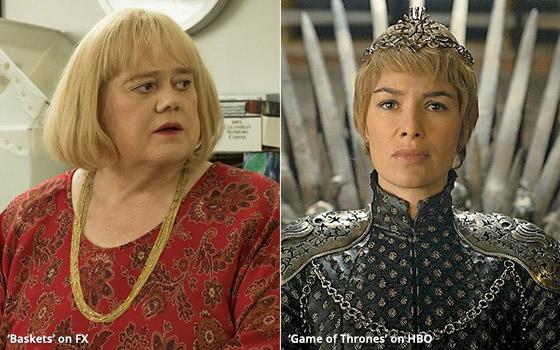 The two announcements arrived on the same day, less than an hour apart.

Two different cable networks had made alliances with publishers. In the first announcement, which arrived by email on Thursday at 11:14 a.m., FX heralded the news that it has committed to airing “a minimum of” 30 episodes of a news show -- the first such show for FX -- to be produced by The New York Times.

In the second announcement, which arrived at 12:06 p.m., HBO announced that it has “partnered” with The Atlantic to produce a series of high-minded short films. (I took the liberty of adding the word “high-minded” here. It was not in the release.)

Receiving two such similar announcements on the same day practically constitutes the onset of a new trend, although the unwritten rule for journalists seeking to write trend pieces is that there be three of them, not two.

Nevertheless, the close arrival of these two announcements seemed more than just coincidental, if only because HBO and FX sometimes seem to us outsiders to be locked in a particular rivalry.

They both take chances with their programming -- and in return, more often than not, come in for praise for their risk-taking. To some, FX is HBO, but with commercials.

This Times series for FX is called “The Weekly.” It will premiere later this year, according to the FX announcement.

Along with a few prepared statements in which FX's president, John Landgraf, and Times CEO Meredith Kopit Levien exchanged praise over the relative greatness and prestige of their august companies, the FX press release gave a description of “The Weekly,” which seems inspired by a podcast the Times produces called “The Daily.”

“The New York Times is synonymous with excellence and FX is honored to be chosen as their partner,” said the quote prepared for Landgraf.

“The leadership at each of these organizations [FX and Hulu, which will also distribute “The Weekly”] demonstrated real enthusiasm for 'The Weekly' and for work [sic] of The Times. We are incredibly excited to work with them,” said the lame and poorly proofread statement prepared for Levien.

Here is a question that Times readers might wonder about: How will the paper's TV critics deal with new FX shows? Will they now be obligated to praise them to high heaven, or else?

"'The Weekly' will be a narrative documentary news program that includes one or two of The Times' biggest and most important visual stories each week," the FX release said. "Viewers will be with those stories and the reporters as the show brings them to life. Much as 'The Daily' podcast has taken a narrative approach to news … 'The Weekly' will find the stories behind the headlines that would otherwise be left on the cutting room floor."

Editorial comment from your ever-faithful TV blogger and one-time inhabitant of a real-life newsroom: Watching reporters go about their business making phone calls and then kvetching to their colleagues about the difficulties they are encountering on the stories they are working on figures to be dull as dishwater as fodder for a TV show.

Moving on now to HBO’s Atlantic alliance, a series of short films titled "Question Your Answers."

"'Question Your Answers' [is] a series of short films that challenge audiences to, in a time of increasing cultural and political polarization -- when every side seems convinced it has the answer -- confront their own beliefs and assumptions," the press release from HBO said.

The first installment in this series is scheduled to air this coming Sunday night (May 13) on HBO just before the scheduled new episode of "Westworld." Jeffrey Wright, star of "Westworld," is also the star of this first "Question Your Answers" two-reeler.

And from Sam Rosen, who holds the title of head of growth at The Atlantic, came this prepared statement: "Since our founding, The Atlantic has been a place for debate -- home not to a single viewpoint but a spectrum of diverse, and often conflicting, ideas. That is, ultimately, what 'Question Your Answers' is about: appreciating how civil discourse rests upon intellectual humility and critical self-reflection. We're thrilled to be partnering with HBO in bringing that message to a wider audiences."

Based on these statements and descriptions, the prediction from here is: These two partnerships will produce programs that few people will watch.