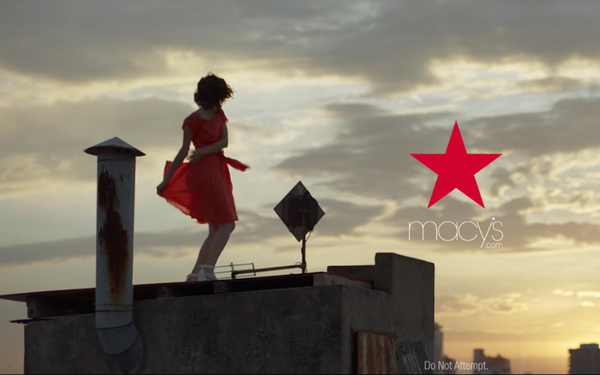 Macy’s took a meaningful step in facing down the doubters, posting its second consecutive quarter of rising sales. But more muted results from rival JC Penney indicate that the department store category still faces an uphill struggle in efforts to win back young consumers.

Macy's blew past expectations, reporting a 3.6% increase in first-quarter sales to $5.54 billion, from $5.35 billion in the same period last year. On a comparable-store basis, sales climbed 3.9%. The retailer says it exceeded expectations in all three brands—Macy’s, Bloomingdale’s and Blue Mercury—and in all geographic areas.

“The winning formula for Macy’s, Inc. is a healthy brick-and-mortar business, robust e-commerce and a great mobile experience,” says Jeff Gennette, Macy’s, Inc. chairman and chief executive officer, in the announcement. “While we have more work to do, the continuing improvement in our stores is encouraging and we once again achieved double-digit growth in the digital business.”

Net income jumped to $149 million, compared to $80 million in the year-ago period.

Despite the stronger-than-expected performance, plenty of doubts linger.

For one thing, sales benefitted from the shifting of its Friends and Family sale into the first quarter, and for another, it faces an easy comparison to last year, when same stores sales tanked 7.5%.

“We continue to believe that the intense competitive landscape will ultimately force Macy’s to continue investing in growth avenues, which ultimately stands to eat into profits,” writes John Brick, an analyst who follows Macy’s for Morningstar.

Paul Trussell, who follows Macy’s for Deutsche Bank and currently rates it as a hold, says just how rosy the results are is debatable. On one hand, he writes that “a minority of investors are positive, focused on the broader improvement in the apparel/consumer backdrop … and underappreciated initiatives such as Backstage, the loyalty program, and enhanced employee incentives.”

On the other, many doubt the retailer’s ability to deliver on its sales forecasts moving into the second half.

“We see both sides of the argument but near-term, lean to a modestly more constructive view.”

Results are decidedly gloomier at JC Penney, where first-quarter sales dropped 4.3% to $2.58 billion, from $2.7 billion in the same period a year ago. Same-store sales rose just 0.2%, which the company blames on chilly spring weather. It says jewelry, Sephora, men's and its Salon were the top-performing divisions. Its net loss came in at $78 million, compared to a net loss of $187 million a year ago.

Not all observers are buying the weather excuse, especially since other companies performed well. Penney’s problems have “more to do with the poor assortment than the vagaries of the weather,” writes Neil Saunders, managing director of GlobalData Retail, in his commentary. “Despite some changes to clothing, we still believe that ranges lack conviction and coherence, especially in womenswear.”

He points out that it’s especially disappointing that the Plano, Tex.-based retailer isn't registering improvement in home furnishings, an area it's singled out for investment.

“In our view, the biggest problems for JCPenney are relevance and profile. While improvements have been made to certain areas,” he says, “it drops off the consumer radar far too easily.”