Can Robots Do Journalism? 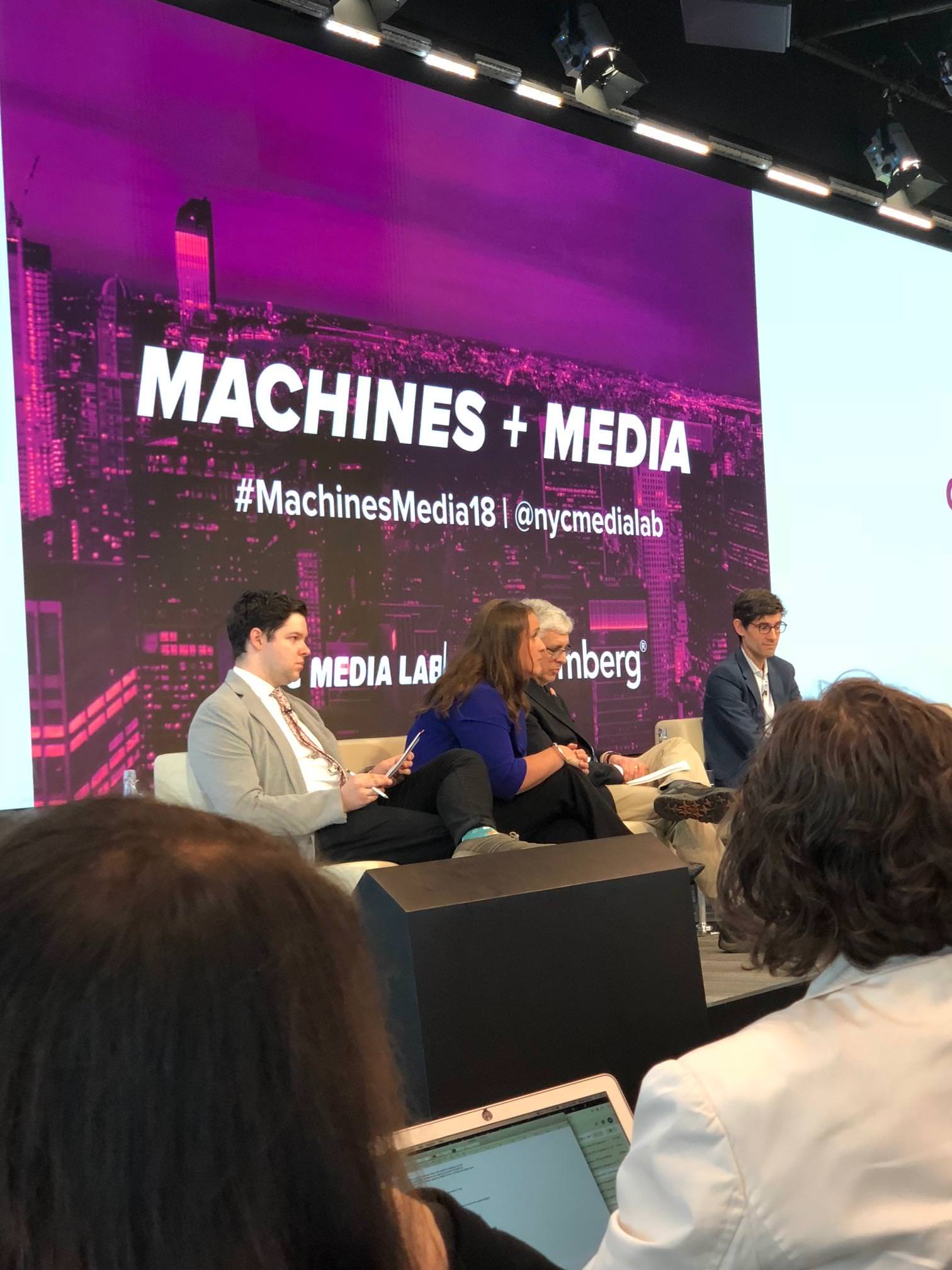 Can computers do journalism? Probably not. But can computers help journalists? The answer would certainly be yes.

I set out to explore the edges of where machines and media are connecting at the  NYC Media Lab’s Machines + Media conference, sponsored by Bloomberg.

As we are now dealing with the world of fake news and disinformation, I was hopeful that machine learning would find a way to identify accurate and well-sourced information, separating fact from fiction.

Perhaps I was naive. But rather than focus on what any of the big media voices were saying, I decided a session introducing six student startups might be a better way to peek around the corner of where tech was taking us.

Ryan King presented Foam, a team setting out to solve a problem that I didn’t know existed. Said King, "At Foam we are committed to building spatial protocols, standards and applications that bring geospatial data to blockchains and can empower a consensus-driven map of the world.”

Huh? well it turns out, blockchain doesn’t have a protocol for how to map location, a problem which Foam sets out to solve with tools like Crypto-Spatial Coordinate, The Spatial Index & Visualizer and Proof of Location. Geeky for sure, but interesting and relevant.

Then, CometML. Gideon Mendels and his partner found out there wasn’t a good system for managing machine learning projects. So they built Comet, which tracks code, facilitates team collaboration, and allows developers to glean insights from past work.  Said Mendels “Without this fundamental infrastructure that Comet provides, machine learning teams are inefficient, disorganized, and difficult to manage.” Again, a problem I didn’t know existed, but this seemed like a relevant solution.

You might not think that AI could have racial bias, but of course algorithms are written by humans. In an effort to circumvent such bias, Davar Ardalan founded IVOW, a storytelling that focuses on producing culturally conscious data for future AI consumer storytelling applications. Bravo for teaching machines to find and surface stories without bias.

Justin Gage next presented Algorithmia, As developers, he and his partners want to advance the development, discovery, and accessibility of algorithmic intelligence. So they built a marketplace for algorithms available through a simple, scalable API.Today more than 60,000 developers have access to a growing library of 5,000+ algorithmic microservices. My geek brain is exploding a bit here: lots of code, lots of developers, lots of zeros and ones.

The two presentations I was most looking forward to were video-based machine-learning efforts.

Lora Aroyo presented Tagasauris, a human-assisted computing platform designed to “teach” computers the content of a picture or video and how that content relates to the rest of the web.

You can watch her talk here. https://futureforwardpodcast.com/machines-and-media/

"We are totally overwhelmed with the amount of video that's available online” said Arroyo. "If you look at Youtube alone, 300 hours are uploaded every minute.”

The sheer volume of content makes discovery nearly impossible. “Even though we're superior to any machine in understanding video content, we are not able anymore to deal with this variety, volume and velocity of video content,” said Aroyo.

And with machines sorting, themes start to emerge. "Ultimately [we] bundle everything up into what we call video snacks — personalized video snacks, at the granularity where people can actually pay attention to the content that is presented to them,” said Aroyo.

VidRover works with media partners who already have large collections of relevant content, faced with almost unsearchable volume. For them, AI is an almost magical solution.

"With different searches, we actually changed the knowledge graph results to provide [relevance],” said Ellis. “Say, if it's Donald Trump and North Korea, [we] will show you the actual sections of video where Donald Trump is talking about North Korea, instead of just a broad representation of the topic.”

The result is more engagement, audience, and of course revenue.

So, here’s what I’ve realized about machines and media.

Machines will continue to become a larger and larger force in media, increasing the volume of media creation, and then deployed to help sort out clips and other relevant media getting lost in the avalanche of media output.

It’s hard to look at the current state of media and see machines as a glorious solution. But given the problems of fake news and robot-driven Twitter accounts, we’re going to have to count on machines programmed with purpose to fight the bad bots filling our feeds.

Skynet for journalism — any day now.