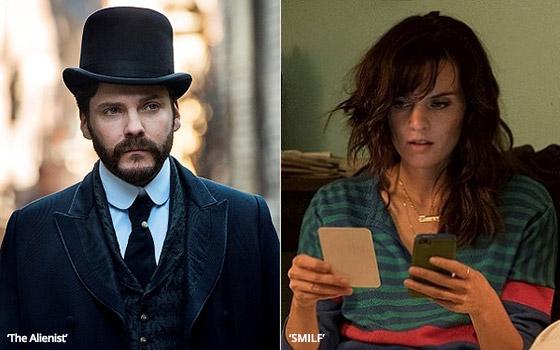 Whether or not the concept of an actual TV season lasting from mid-September to mid-May strikes many as anachronistic, it nevertheless still exists.

This year, the official end of the 2017-18 TV season came with the conclusion of Wednesday night's prime-time shows. It was the traditional day -- the Wednesday before Memorial Day weekend -- when the TV season customarily concludes.

The September-May TV-season concept is most appropriate when referring strictly to broadcast television, where sales departments, programmers, schedulers and publicists still plan and execute their efforts along those lines,

Where cable TV is concerned -- both basic and pay cable -- this traditional season is much less defined. At the same time, however, the cable networks introduce dozens of shows in the months that fall into the traditional TV season, and they do compete with the Big Four networks for audiences.

This is all a way of introducing this TV Blog, which is intended to look back on the 2017-18 season and identify the best and worst shows seen in the time frame, starting with network television.

On the networks, the best reviewed shows here in the annals of the TV Blog were “Roseanne” on ABC and “Will & Grace” on NBC (the season's two most notable revivals), and “Black Lightning” on the CW.

CBS’s “SEAL Team” got a pretty good review here, and so did ABC’s “Kevin (Probably) Saves the World.” The former was renewed for next fall; the latter was cancelled. Alas.

I reread my reviews of these shows this week and still stand by them, although a number of these shows survived to see a second season (“Instinct,” “Good Girls,” Dynasty” and “The Orville”).

For me, the worst of the season's network TV shows was a toss-up between “Marvel's Inhumans” and “9JKL.” The best of the new network shows this past season was “The Good Doctor” on ABC, a show I gave only a so-so review to back when it premiered. My bad.

A bunch of network shows fell in between good and bad, including “Living Biblically” and “S.W.A.T.” on CBS, “AP Bio” and “The Brave” on NBC, “L.A. to Vegas” and “The Resident” on Fox, and “For the People” on ABC. I may have been somewhat soft on a few of these, but in journalism as in life, there is no way to go back and have a do-over.

When cable shows are brought into the best- and worst-of-the-season picture, the best cable shows were better than the best on the broadcast networks, and the worst shows were worse -- yes, even worse than “9JKL,” if you can believe it.

The best of cable this past season, at least here in the TV Blog review archives, were “The Alienist” on TNT, “The Last O.G.” on TBS, “Barry” on HBO, “Krypton” on Syfy, “Waco” on Paramount, “The Job Interview” on CNBC and the “Mr. Robot” episode on USA Network that was rendered in a single take. Great job, cable.

Of those, “The Alienist” comes in first place as the season’s best new show on cable and TV in general.

At the same time, however, the worst of cable represented some of the worst TV shows ever seen on TV, which is saying a lot. One example was the reality show called “Stripped” on Bravo, which amounted to an hour of watching people idly scratching their naked butts.

Others that came in for scathing reviews here were the one-note “At Home with Amy Sedaris” on TruTV, and the dreadful, dismal dramas “Happy!” on Syfy, “The Deuce” on HBO, and “SMILF” and “The Chi” on Showtime.

What was the worst of them? The one-hour butt-scratching of “Stripped” notwithstanding, “SMILF” emerges as the worst of the new cable shows. Or at the very least, it was probably the one new drama that received the worst review here.

The show went on to be nominated for two Golden Globe awards. Go figure.

tv
1 comment about "Best And Worst Shows Of The Just-Ended 2017-18 Season".
Check to receive email when comments are posted.
Next story loading