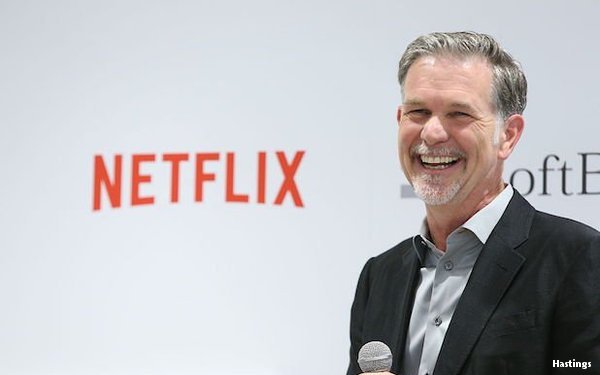 The Wonderful World of Hastings doesn’t quite sound right yet but Netflix share price hit $346.73 and at that point, CEO Reed Hastings’  streaming giant assumed a market cap of $151.43 billion. And that surpasses the The Walt Disney Co. valuation of about $151.36 billion, though all of those figures change with the whims of Wall Street.

If nothing else, the milepost gives the best indication yet of why Disney is planning its own streaming service for 2019, and why after some contracts end it will be unlikely that much Disney-produced will be showing up on Netflix.

The surge in Netflix stock on Thursday is in line with a string of good, or make that great, news from Netflix. Its stock is up more than 72% this year, way, way in front of the S&P 500 gain of 0.72%, according to published reports.

In its first quarter, Netflix added 7.41 million new subscribers worldwide. Its revenues of $3.7 billion were up 40%. Hard to believe, but that was in line with what analysts expected. It is also promising more to come. For Q2, Netflix guidance advised it will add 1.2 million new U.S. subscribers. (Analysts had theorized 963,000). Internationally, Netflix expects 5 million add-ons. Wall Street suggested 3.87 million.

Netflix needs to keep that momentum up. It has said it plans to spend $8 billion on content this year, up from $6 last year. The new production plan includes 80 new Netflix-branded movies.