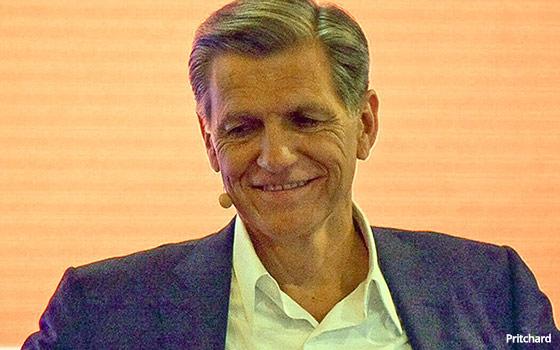 "We were annoying the hell out of people," admits Marc Pritchard, CMO, Procter & Gamble (P&G) during VivaTech18 in Paris on Friday.

P&G's research found that the CPG giant only needed to reach the average person three times per month, but many people received 10 to 20 ads per month.

First, the company started to target smaller audiences, like first-time homeowners or new moms. "We still need to reach a lot of people with our brands,” said Pritchard. “People still need to clean their clothes and brush their teeth, but data and analytics is ensuring our precision."

"This may sound like common sense,” Pritchard added, “but we have now reached an inflection point where we can precision target audiences."

Today, 70% of P&G's media in China is digital with sales primarily across eCommerce. Now, with this change, P&G directly buys most of its media, saving 30% in digital waste and increasing digital reach by 60%.

Second, as media got more complex, P&G initially added "more clutter and noise," Pritchard says, but came to understand that "it isn't that less is more, but less doing more," says Pritchard. For instance, Olay used to introduce six different ads each year changing every few months. "This just added to the clutter," he says. Now, Olay introduces just one new national ad each year.

To supplement this ad, P&G focuses on one-to-one engagement with projects like Olay's skin advisor which compares skin age with actual age. This strategy is merely a fraction of the cost of its previous campaigns, but pull in people that want to be engaged with the brand. He adds Olay went from declining sales to growing 10% worldwide.

Pritchard also put agencies on notice about his unhappiness over transparency and excessive fees, and other tension points in the relationship. "Marketers have outsourced too much work. There were too many touch points between message and consumers."

P&G needs "brand people closer to consumers,” the company’s marketing chief surmises.  One solution brought media planning in house. If start-ups can buy their own media, why can't Tide, he asks.
When working with outside partners, P&G selects full-service agency partners, like Publicis, on large-scale campaigns, while teaming with specialty agencies on a per-project basis. He also prefers that agencies have creative and media together, applauding Publicis' decision to form the Power of One that most recently introduced new technologies like Marcel.

Lastly, P&G wants its marketing to be a force for good as well as for growth. “We need to be good citizens,” he says. The time is right now because people expect to know what brands think about larger matters such as environment and gender equality.

"The bottom line is no one company can do it alone," says Pritchard, adding that P&G is collaborating with other companies and even rivals in order to make the world better.