Walgreens Braves 'Every One Counts' Cause For Childhood Poverty 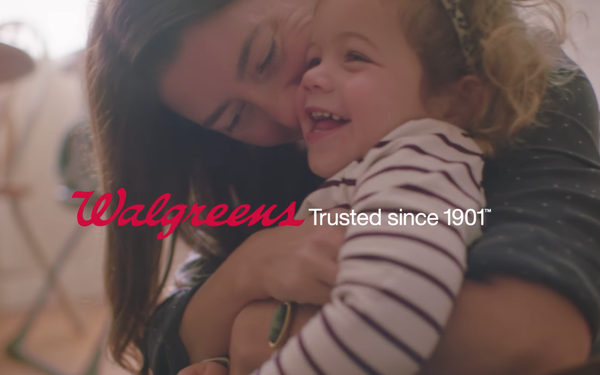 Walgreens, which has spent the last four years trying to make Red Nose Day an American charity tradition, says consumers are in the dark about how widespread childhood poverty is in the United States. The retailer’s new marketing research about perceptions of poverty has led to broader messages of inclusivity in its overall marketing — even if that means moving the brand forward into potentially dicey political territory. Adam Holyk, senior vice president and CMO of the Chicago-based pharmacy chain, tells Marketing Daily what’s new.

Q. You just wrapped up the fourth annual Red Nose Day, which raises money to ease childhood poverty, and your new research finds that, while 80% of Americans think childhood poverty is a serious global problem, only 21% believe it persists in their own communities. Why the disconnect?

A. We don’t have an explanation. But we do see it as an opportunity to raise awareness and engage our customers. And it also fits into our broader purpose, which is to champion the health and well-being of consumers, patients and communities. So this idea that everyone counts, every child counts, fits into the positioning of our marketing and stores. And it broadens that statement of inclusivity, which has been part of the Walgreens brand since the beginning.

Q. Red Nose Day and Comic Relief have been around for a long time. What kind of impact is the U.S. version of Red Nose Day having?

A. Over the past three years, in combination with our partners, we’ve raised over $100 million to help 8 million children. Last year, it was $20 million, and we hope to exceed that this year. Awareness keeps growing, too. It was around 4% when we started, and this year it’s almost 50%. Among Walgreens, it’s now 95%. We’re proud of raising awareness about poverty.

Q. When you started with Red Nose Day, alleviating childhood poverty probably seemed — from a consumer standpoint — benign. That’s changed. President Donald Trump and Congress are reducing both SNAP, benefits that feed poor children, and CHIP, which provides kids with healthcare. Ten states are in the midst of implementing work requirements for benefits that will have a big impact on kids. Sentiment against helping poor kids is rising. Put another way, in an era when all causes are evaluated as either “liberal” or “conservative,” fighting poverty is becoming a liberal cause. Is that why you commissioned the research this year?

A. We’re focused on how to drive awareness among our consumers to help these important causes.

Q. Do you worry about a backlash? For example, is there a corporate plan of response if a Twitter war were to start about your efforts, as has happened to other brands?

A. We’re committed to helping support important issues that we believe will help children.

Q. Can you give us an update on the brand relaunch, which began back in December, replacing “At the corner of happy and healthy” with the new “Trusted since 1901” campaign? And how does this fit?

A. The genesis of the rebranding happened in a focus group, as we were talking about the history of the brand. We kept hearing about trust. The insight came from a consumer, who said “I know that since you’ve been here for me since 1901, you will always be here for me.”

Q. You’ve always had competition, but lately, changing business models are making it more intense — including big mergers at CVS and Walmart, and speculation about Amazon’s entry into pharmacy. How are you differentiating yourself amid all that innovation?

A. We’re bringing our marketing together with our customer offers, and continuing to evolve omnichannel offers. And this idea of being a trusted expert is important. For example, we’re expanding our beauty offers in almost 3,000 stores, with new brands and accessible healthcare services. We just introduced a partnership with the Skin Cancer Foundation. Our broader global assets include No. 7, with clinically proven skincare products. We think that’s important. We’ve got pilots going in urgent care and diagnostics. These are new ways we’re looking to deliver to community, and we think these are all meaningful differentiators.