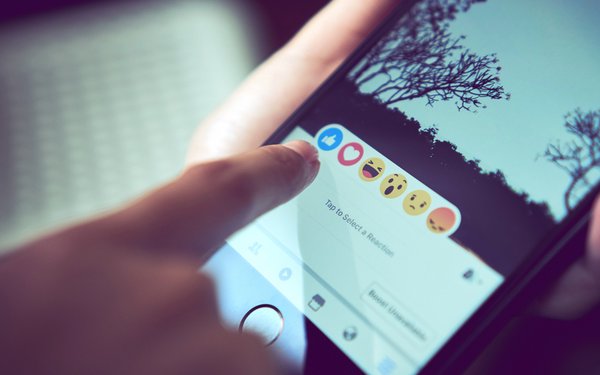 Parse.ly, an analytics and content optimization platform for digital publishers,began looking at the 2016 data last year, when publishers were beginning to reevaluate dependency on the duopoly of Facebook and Google. Parse.ly wanted to see what topics audiences cared about and where they were going to discover content.

At the beginning of 2018, Parse.ly says it noticed a reversal in duopoly referral traffic trends: Google Search had become the top external referrer to media sites, even before Facebook changed its algorithm in early 2018.

“From February to October 2017, referral traffic volume from Facebook decreased by 25% while Google traffic, with the help of AMP, took off,” the new report reads. 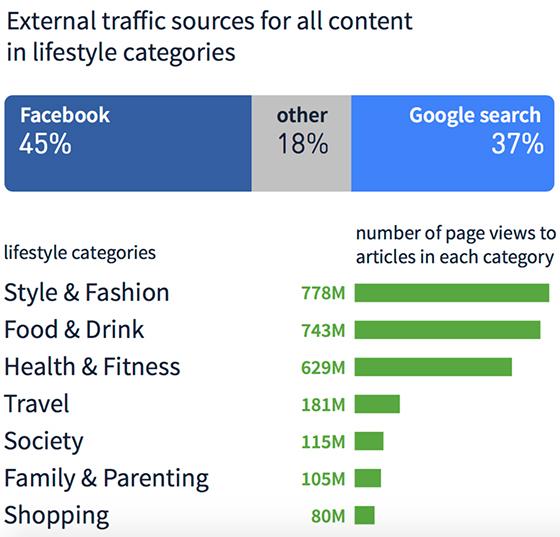 The study, Parse.ly's quarterly "Authority Report," looks at 8 billion page views for 1 million articles across Parse.ly’s network of thousands of sites, from April to May 2018.

Parse.ly found a movement toward diversification this year, though a reliance on the duopoly remains. Combined referrals from external traffic sources other than Google Search and Facebook increased roughly 3% from 2017 to 2018.

Now, Google Search surpasses Facebook in sending more traffic to publishers. Google had the highest percentage of external traffic to most of the 23 content categories Parse.ly examined, including Technology, Business, Sports and Home & Garden.

Articles about Society, Style & Fashion and Shopping received half or more of their traffic from Facebook.

Of all the categories with a higher percentage of Facebook referral traffic, only three (Education, Real Estate and Law, Government & Politics) were not within the lifestyle group.

Family & Parenting-related content received the highest percentage of traffic from Facebook and the least from other sources, at 70%. Only 10% came from Google.

The Parse.ly report believes this is because teens are using other social platforms, like YouTube, Instagram and Snapchat. Some 68% of adults use Facebook, while only half of teens do, according to Pew Research Data cited by Parse.ly.

Health & Fitness had an equal percentage of traffic from each member of the duopoly. Food & Drink was the only lifestyle category that received a majority of its readership through Google Search.

The content category with the highest percentage of referral traffic from Google was “Technology & Computing,” with 63% of external traffic coming from Google.