Tariffs Will Affect Auto Industry In Many Ways 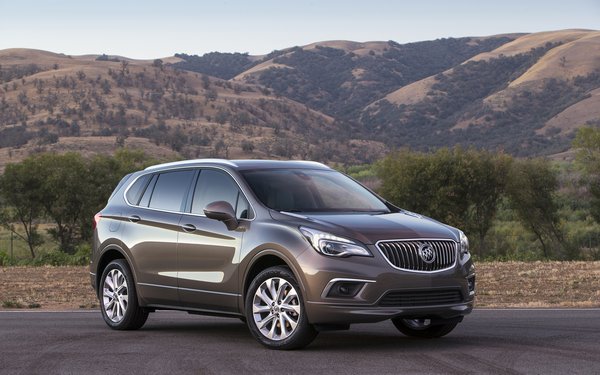 In what is becoming an all-out trade war with China, U.S. industries — including automotive — are ultimately going to be hurt as much as they are helped.

Thetariffs on $50billion in Chinese imports will include the Buick Envision small crossover. It is among the handful of autos imported into the U.S. from China.

With the Trump administration planning to impose 25% duties on products including motor vehicles, each of the crossovers could be subject to levies of about $8,000.

Trump is also fighting with Canada, Mexico and the European Union over steel and aluminum and has threatened to impose duties on European cars.

One automotive analyst called the trade moves by the Trump administration "willful stupidity" adding "it is madness, as the industry is so globally interconnected from a supply chain and manufacturing standpoint."

Two Buick owners — one current and one former — both told me unequivocally they would not pay $8,000 more for a Buick — or any car for that matter.

Other cars potentially subject to U.S. tariff include Volvo S60 sedans, which the Chinese-owned Swedish automaker started importing to the U.S. in 2015.

Although the U.S. imported only 58,437 passenger vehicles from China last year, a tiny fraction of the 8.27 million shipped to America from the rest of the world, according to the Commerce Department’s International Trade Administration, important automotive parts will also be affected, including electric-vehicle batteries.

Equipment covered by the new duties include petroleum, diesel and electric cars, vans and buses. It also covers cargo trucks (both on- and off-highway), firefighting vehicles, concrete mixers, tractors and works trucks. The duties cover China-made ball bearings and insulated ignition wiring sets and capacitors, according to WardsAuto.

The list of goods subject to the 25% tariff beginning early next month also includes a variety of components for sterilization and medical imaging equipment. So healthcare costs will also go up.

All of this is even before the forthcoming tariffs the Chinese will impose as a result. China has “no choice but to fight back forcefully to firmly safeguard the interests of the nation and its people and uphold economic globalization and the multilateral trading system,” says a ministry statement.

China said it would respond to the U.S. with tariffs of its own next month, striking American agricultural products, cars, and seafood, CNN Money reported. The tariffs on U.S. soybeans could cost Iowa farmers as much as $624 million. Those farmers are going to suffer financially — they will delay automotive purchases as a result.

However, the tariffs did gain some support from an unlikely source, U.S. Senate Democratic leader Charles Schumer, who called them "right on target.”

"China is our real trade enemy, and their theft of intellectual property and their refusal to let our companies compete fairly threatens millions of future American jobs," Schumer said in a statement.

Another auto executive expressed the sentiment that the tariffs would help “level the playing field.”

“I don’t like the idea of Chinese-built cars — or other products — being sold in the USA,” he said. “I would pay double for the same product built in the USA, if I had a choice.”

And that’s the catch. There are many products that are almost exclusively built in China. So instead of paying more for a U.S.-made equivalent, U.S. consumers are going to have to pay more for the Chinese product since it will still be the only one available. Who benefits from that?