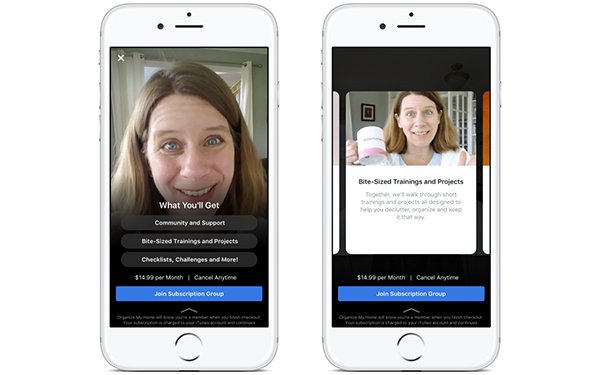 Exploring new monetization models, Facebook is letting some group administrators test paid subscriptions. In return for “exclusive” content, group admins are expected to charge subscribers somewhere between $4.99 to $29.99 per month.

The pilot program comes at the request of many group admins, according to Alex Deve, Groups Product Director at Facebook.

“We hear from group admins that they’re looking for ways to help them earn money to deepen engagement with their members and continue to support their communities,” Deve explains in a new blog post.

Along with their Facebook Groups, it is common practice for admins to create additional subscriber-only groups, and then rely on third-party tools to track and collect payments.

The test ties into Facebook’s broader efforts to lure content creators, influencers, and community leaders away from YouTube and other platforms.

Deve said the plan is to gather feedback from admits and users, then modify the subscription service over time. Subscriptions aren’t new territory for Facebook.