Email Boom On The Fourth Of July 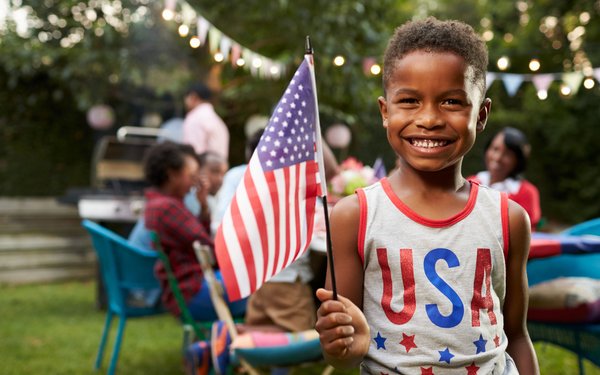 The festive day is upon us: It’s time to ramp up your email promotions. But don’t wait — you have barely a week to go, judging by the timing of last year’s holiday emails.

In a study conducted with MailCharts, 250ok examined 1,000 emails sent by top retailer for July 4th in 2017, and found that 71% went out before the Fourth itself, most starting a week before the holiday. And 22% went out on the day itself.

“Unlike Father’s Day,  where we saw emails ramp up toward the holiday (likely in an attempt to help people not be ‘the worst kid’ in the family by forgetting the date entirely), July 4th emails didn’t truly ramp up until June 29, when we saw 132 emails whizz out,” 250ok notes.

But get this: 7% went out after the great day.

After? Yes. These tended to be “last-chance emails,” states Carl Sednaoui, director of marketing at MailCharts.

Whatever their timing, July 4th emails consisted largely of promotions and incentives, a doubling over the prior year:

Brands were not shy about showing the national colors. Fossil, a retailer of watches, bags and jewelry, sent an email: Stars and Stripes (or stripes), featuring — you guessed it — stripes.

It offered 20% off on must-have items for summer in a “fun campaign that has us smiling from sea to shining sea,” 250ok writes.

“Stars and stripe! Red, white and blue! A patriotic theme for patriotic merchandise,” it adds.

Yoox sent an email, stating “Happy Fourth of July—Extra 20% off on everything.”

But it adds “Today only,” alerting readers that time is running out. GIF.

Motherhood Maternity reached out to Moms with “4th of July Savings — savings upon Savings.” Free shipping, 50% off, even 60% off.” However, 250ok writes that “putting the CTA all the way at the bottom weakens click-through rates.

What do people eat on the Fourth of July? Hot dogs. And Rover, the dog-sitting service, exploited this in a campaign, featuring the graphic of a mustard-covered frank on a bun.

“Hot Dog! Get a Fourth of July sitter before they’re gone,” it says.

Further down, it adds a sense of urgency: “Don’t let your dogs stay on the books — sitter calendars are filling up!”

“Humoring your subscriber with a pun is a great way to create hype. What’s even more unique, this campaign doesn’t go for stereotypical red, white, and blue.”

You have one more chance this summer — on Labor Day.