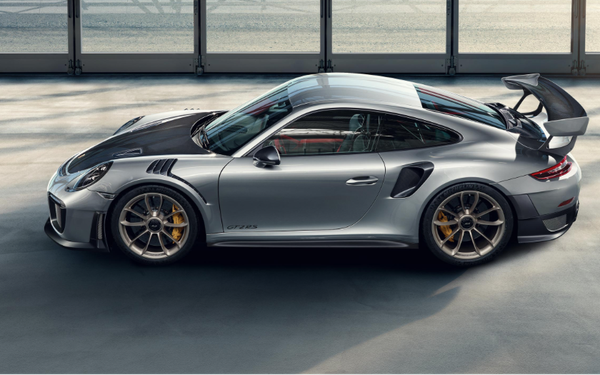 Automakers let out a collective sigh of relief last week when it was revealed that new-vehicle quality reached its best level ever, according to the J.D. Power 2018 U.S. Initial Quality Study.

Of all the J.D. Power studies, the automakers perhaps take the IQS results the most seriously. In fact, dealers are known to tell customers that if they are going to give anything other than a perfect score, to please call them first so they can make it right.

The 2018 U.S. Initial Quality Study is based on responses from 75,712 purchasers and lessees of new 2018 model-year vehicles who were surveyed after 90 days of ownership. The study is based on a 233-question battery organized into eight vehicle categories designed to provide manufacturers with information to facilitate the identification of problems and drive product improvement. The study was fielded from February through May 2018.

Initial quality is measured by the number of problems experienced per 100 vehicles (PP100) during the first 90 days of ownership, with a lower score reflecting higher quality. In this year’s study, quality improves across six of the eight categories measured, with 21 of the 31 brands included in the study improving their quality from 2017. The industry average of 93 PP100 is 4 PP100 better than in 2017.

“There’s no question that most automakers are doing a great job of listening to consumers and are producing vehicle quality of the highest caliber,” said Dave Sargent, Vice President of Global Automotive at J.D. Power.

”As vehicles become more complex and automated, it is critical that consumers have complete confidence in automakers’ ability to deliver fault-free vehicles,” he says.

Vehicles in the 2018 study are manufactured in 25 countries, 11 of which weren’t present in the study five years ago. Those 11 countries include Brazil, China, Finland, India, Italy, Netherlands, Poland, Serbia, Spain, Thailand and Turkey. The other 14 countries include Austria, Belgium, Canada, France, Germany, Hungary, Japan, Mexico, Slovakia, South Africa, South Korea, Sweden, the United Kingdom and the United States.

Porsche 911 posts the best score of any model. The model has the lowest overall problem level (48 PP100) of any model this year. This is also the lowest level recorded in this generation of the study (2013-2018). The U.S. Initial Quality Study, which was first published in 1987, is currently in its fourth generation.

From a division/automaker standpoint, Genesis ranks highest in overall initial quality, followed by Kia and Hyundai. This is the first time that three Korean brands are at the top of the overall ranking, and it is the fourth consecutive year that Kia is the highest-ranking mass market brand. Porsche ranks fourth and Ford ranks fifth.

Mazda is the most-improved brand. Other brands with strong improvements include Mitsubishi, Cadillac, Infiniti, Hyundai and Lexus. The parent company receiving the most model-level awards for its various brands is Ford Motor Company (five awards), followed by Hyundai Motor Group (four), and BMW, General Motors and Nissan (three each).

Audio/communication/entertainment/navigation remains the most problematic category for new-vehicle owners. However, this area has improved for the third consecutive year, led by fewer problems with built-in voice recognition systems.

As automakers add more advanced driver assistance systems to their vehicles, more consumers are experiencing problems. The level is still low (3.5 PP100 on average) but has been increasing by about 20% a year for the past three years.

“As we look to the future, avoiding problems with safety and driver assistance technology is critical,” Sargent said. “In an era of increasingly automated vehicles, vehicle owners have to be comfortable using foundational technologies like lane keep assistance and collision avoidance. Otherwise, automakers will not easily overcome consumer resistance to fully automated (driverless) cars.”