The Next New Face Of The Democratic Party 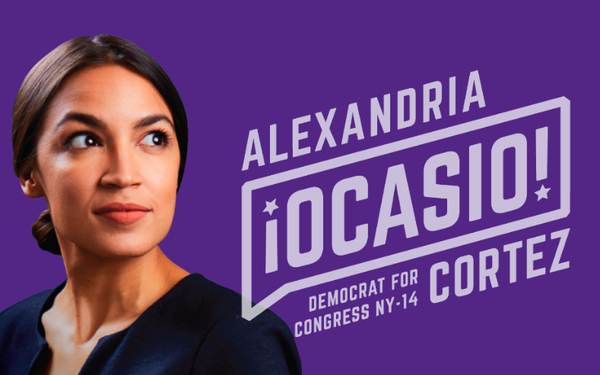 If there’s anything we’ve learned from 2016, it’s that low voter turnout can produce some surprising electoral results.

That proved to be the case Tuesday in a New York primary election for a 2016 Congressional seat that was closely watched. The incumbent, Joseph Crowley, was deemed a shoe-in. He was also considered a likely successor to become Speaker of the House, should Democrats regain control.

So the pundits were surprised when Alexandria Ocasio-Cortez, a 28-year-old from the Bronx, and a self-described socialist, won. But she wasn’t.

“I actually knew that, in New York’s old system of voter suppression, a low turn-out primary is actually an incredible opportunity for a grassroots organizer,” Ocasio-Cortez said on MSNBC’s “Morning Joe” this morning. “With only 3% of your electorate turning out, you really just need to inspire a couple of thousand people. And it can totally change the game.”

While it’s not new that voter turnout can determine campaign results, what is new is the slim margins of difference that has been determining outcomes — especially in low turnout races.

Ocasio-Cortez’s win was even slimmer, but despite being outspent 10-1, she will be the Democratic candidate for New York’s 14th Congressional District in November. If she wins, she will become one of the new faces of the Democratic Party. (That's despite Trump’s insulting tweets trying to cast Maxine Waters in that role.)

Another thing Ocasio-Cortez has in common with Trump’s winning strategy is economic populism, but on the opposite end of the political spectrum: liberal socialism vs. capitalistic conservatism.

It’s something she focused on in her advertising, which is one of the great political ads of the year: a simple, clean and appealing message about a young Latino overcoming obstacles and espousing values her largely Latino district was eager to embrace: immigration, universal health care, etc.

Ocasio-Cortez, a protege of another socialist, 2016 Democratic candidate Bernie Sanders, may represent the winning formula the party needs to appeal to voters who feel disenfranchised after two years of Trump’s economic populism.