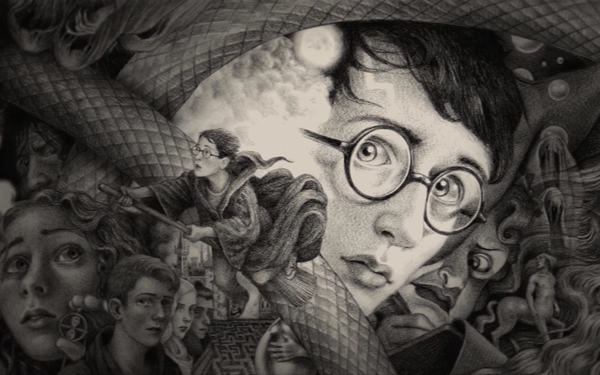 The 20th anniversary of the Harry Potter invasion is fast approaching, and Target and Scholastic are among the brands hoping to harness the hype celebrating the U.S. publication of J.K Rowling’s Harry Potter and the Sorcerer’s Stone.

For Scholastic, that means releasing editions of the seven-book series with new cover art. And for Target, it’s all about early access to new products, toy exclusives and special events.

Target is promising more than 120 items, including seven Lego sets, its first-ever partnership with the toy brand; exclusive Funko POP! toys, and bedding, clothing and accessories.

The in-store readings and give-away celebrations are scheduled for July 21. But Target has already begun setting up displays in its toy aisles and is hoping to use Potter-mania as a way to show off its ongoing redesign: Its “next generation” remodeled stores have a “TrendSpot” display, pulling together Potter items from all over the store.

Scholastic, publisher of the Potter franchise, is marking the event by releasing new paperback editions with cover art from artist Brian Selznick, announced back in April. Its now rolling the “new” books out, with black-and-white covers set off with jewel-toned type. When examined side by side, they form a mural, with images that tell Harry’s whole story. Collectible boxed sets are scheduled for release in September.

First published in the U.S. in 1998 under Scholastic’s Arthur A. Levine Books imprint, Harry Potter and the Sorcerer’s Stone had a print run of 50,000 copies. Since then, the seven-book series has since sold over 180 million copies in the U.S. and more than 500 million copies around the world, in 80 languages.

The eight films have grossed $7.7 billion, making it the third-largest film franchise in history. (Only Marvel and Star Wars have done better.)

Scholastic is also planning to publish books linked to the British Library’s “Harry Potter: A History of Magic,” opening at the New York Historical Society in October, and the screenplay for Fantastic Beasts: The Crimes of Grindelwald, scheduled to hit theaters in November.