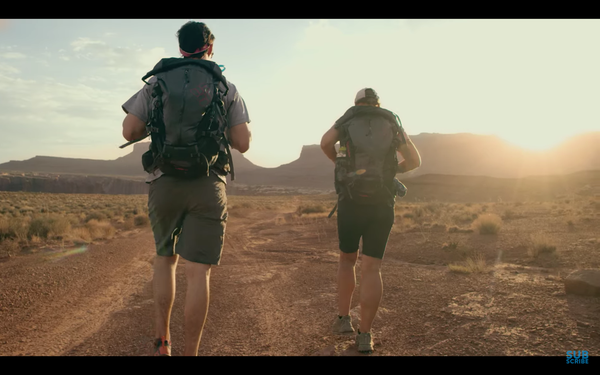 Camping appears to be continuing its comeback, thanks to experience-hungry Millennials. A new study from the NPD Group reports that while overall sales in the outdoor industry are falling, down 4% to $18.9 billion in the latest 12-month period, items like packs, outerwear and some camping are rising.

Noting that passenger traffic is growing at the world’s busiest airports and that Americans are spending even more time in national parks, it says that sales of travel packs rose 5%, duffle bags 3% and fanny packs are up 9%. Sales of top-of-car storage systems that make packing the family up easier, including boxes and baskets, jumped 8%.

“Brands and products that help consumers on their travels are winning in a declining outdoor market,” writes Matt Powell, NPD’s vice president and senior industry advisor, sports. “But the industry has in some ways overlooked this trend, leaving additional growth opportunities on the table. Outdoor brands and retailers must do more to tap into this ongoing travel trend.”

NPD reports that while sales of tents, sleeping bags, and sleeping pads/mattresses have declined, product sales that indicate consumers are using tents more are on the rise: Purchases of tent vestibules rose 5%, for example, and tent poles, 4%. And people are buying more camping stoves and chairs.

In its annual survey, KOA Kampgrounds now estimates 77 million U.S. households camp at least occasionally, an increase of 6 million since 2014, and that they are camping more than they used to. Growth is strongest among diverse younger campers, with 14% of non-white Millennials saying they started camping in 2017, and half of the newest campers coming from non-white groups. Hispanic and African Americans are now “represented at rates nearly equal to those seen in the general population,” the report says.

Overall, 39% of the campers in its survey say they plan to get more time in their tents in 2018.

The survey also finds Millennials are conflicted about technology when out in the wild: Some 93% bring mobile devices with them, but they are also most likely to say it detracts from the enjoyment of the experience (52%, up from 38% last year). Millennials also concede that cell service and an internet connection make it possible for them to camp an additional four days each year.