Streaming Video Takes Over The Emmys 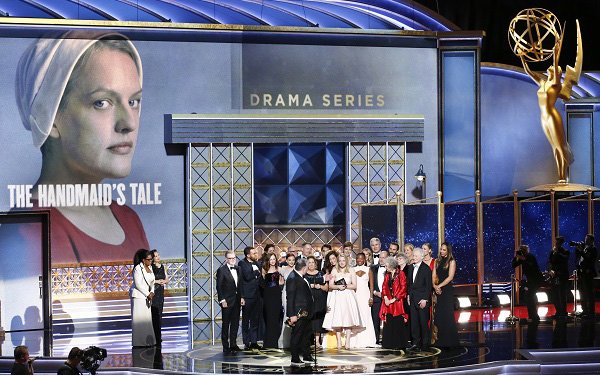 For the first time in 18 years, HBO did not lead all networks in the Emmy nominations announced last week, and streaming video was the reason.

Specifically, Netflix led all “networks” with 112 nominations, barely outpacing HBO (which, in fairness, also has a streaming service of its own, HBO Now) with 108 nominations.

Of course, it wasn’t just Netflix. Hulu, which saw its drama “The Handmaid’s Tale” take home top honors last year, had 27 nominations, the most ever for the service. Amazon Prime Video secured 22 nominations, while YouTube had five; Vimeo, three, and Apple Music secured one nomination.

Whoever takes home the statues this fall, streaming video services are already the big winners.

In many ways, the rise of streaming video is mimicking the rise of premium cable in the 1990s and early 2000s. HBO developed its premium brand of programming, and it quickly became the toast of the Emmys. Other channels, such as FX, Showtime and AMC, followed suit.

Netflix and Hulu are following the same playbook, although they pair their premium fare with more populist options, to appeal to as wide an audience as possible.

Netflix in particular has overtaken HBO not simply through quality, but sheer quantity. The company is poised to spend $8 billion on content this year, company executives have said. HBO spends around one fourth of that. With such a giant purse, Netflix has bought a lot of shows that simply fall through the cracks, or that may be popular if not critically acclaimed. But that cash also buys a whole lot of premium content, a strategy that this year paid off in spades. Netflix also spent $1 billion on marketing in the first six months of this year, according to an SEC filing. Some of that spend, of course, would have gone toward promoting potential Emmy nominations.

Streaming serviced have had a presence at the Emmys ever since “House of Cards” secured its first top drama nomination in 2013, but last year and this year are poised to be tipping points. Last year’s win by Hulu for “The Handmaid’s Tale” and this year’s strong performance by all the streaming services suggest that not only will streaming video be a regular presence at the Emmys going forward, they may just be positioned to dominate the awards.