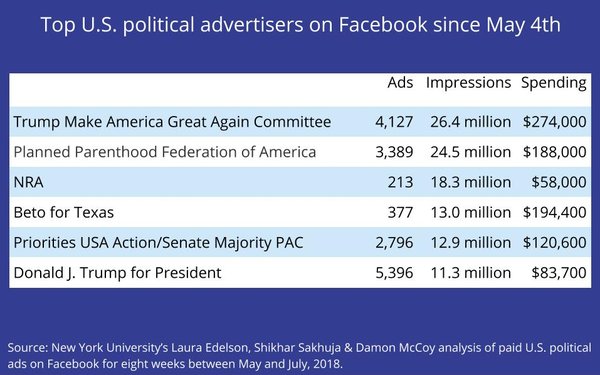 If there was any doubt that Donald J. Trump was in active campaign mode, an analysis of political ad spending on Facebook the past two months should put that to rest.

The analysis, which was conducted by New York University professors forThe New York Times, shows that Trump -- both individually and vis-a-vis his Political Action Committee -- is Facebook’s top U.S. political advertiser, by a wide margin.

The analysis, which was enabled by a new searchable database of U.S. political ads Facebook launched May 24, as part of its new public disclosure efforts, also showed some impressive aggregate levels of political ad spending on the social network to date.

The analysis is worth reading in depth, because it also breaks down insights showing who was most targeted by Facebook political advertising. The heat map visualization below will give you a good idea. 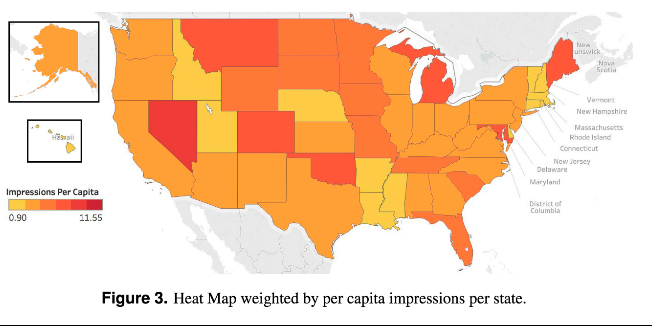